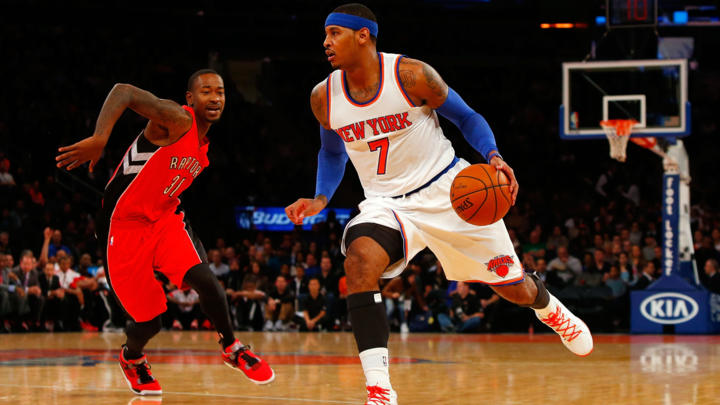 Last season, the Toronto Raptors won the Atlantic Division with a 48-34 record. Only the Raptors and Nets finished with records above .500, yet the New York Knicks will continue to own the most expensive season average in the division for tickets on the secondary market this year. Continuing their processes of rebuilding are the Celtics and 76ers, who find themselves with the least expensive secondary market averages in the division.

Despite a 37-45 finish and Carmelo Anthony’s first season without a playoff berth last year, the Knicks will again control the highest-priced season average in the division. The average price for Knicks tickets at MSG this season is $273.50 on the secondary market, over $100 more than what the trailing Raptors will average at home. The team parted ways with point guard Raymond Felton and center Tyson Chandler in the offseason, picking up Jose Calderon and Samuel Dalembert from the Mavs.

The Raptors had a first-place finish in the division last year, but will have the second highest season average on the secondary market this season. The average secondary price for Raptors tickets is $173.09—37 percent below the average price for Knicks tickets. The team would ultimately fall to the Nets in the first round of the Playoffs, but their newfound success following a dismal 2012-13 season has generated a significant jump in ticket price at the Air Canada Centre.

Without Paul Pierce, the Nets have advertised the increasingly bigger role Kevin Garnett must play this season, but the aging and injury-prone veteran won’t likely make much of an impact. With new faces hoping to lead, the season average for Nets tickets on the secondary market is $162.85 at the Barclays Center. Point guard Deron Williams has proved to be erratic at best and Mirza Teletovic will have to step up if the team has any chance of reentering the Playoffs this season.

The Celtics drafted Marcus Smart and James Young in the first round of the 2014 NBA Draft, who they hope will be integral assets as they continue to rebuild. The average secondary price for Celtics tickets at home this season is $131.42. The team’s average trumps that of only the 76ers, who are also undergoing a process of rebuilding after a string of losing seasons.

Rounding off the Atlantic Division in average price are the 76ers. After winning just 19 games last season, the team will hope that big men rookies Joel Embiid and Nerlens Noel can make them look past their 25-game losing streak from just a season ago. The average price for 76ers tickets is $124.02 on the secondary market, one of the cheapest averages in the League. Rookie of the Year Michael Carter-Williams also shows promise on the young Philadelphia team, but will need to cut down on turnovers.