Kobe Bryant Blames the Media for Only Winning One MVP 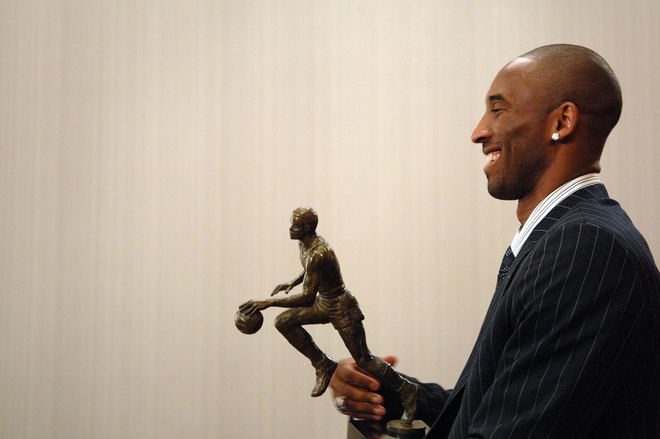 Kobe Bryant guest-hosted “The Grantland Basketball Hour” Sunday night, and was his usual forthcoming and candid self.

Bryant was there to promote his upcoming documentary, and touched on the usual Kobe-centric subjects — Shaquille O’Neal, Phil Jackson, the Los Angeles Lakers’ struggles, the 81-point game, Karl Malone, etc.

The Black Mamba argues that it’s the media’s fault he only has a single regular season NBA Most Valuable Player award (2008) to his name:

“Because the media votes on it.”