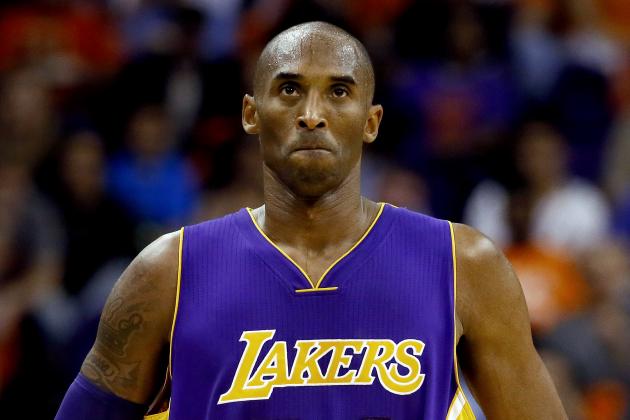 Barring a miracle, the Los Angeles Lakers are going to be really bad for final years of Kobe Bryant’s career.

They finally won a game this season Sunday night, and Bryant re-iterated his willingness to stick through the tough times in Hollywood.

36-year old Kobe, despite what some in the front-office may wish, says he can’t fathom playing past his current $48 million deal (which expires in July, 2016.)

“It’s not going to happen,” he continued after finishing with 21 points, six rebounds and four assists against the Hornets,. “I have a no-trade clause. (Lakers governor) Jeanie (Buss) and (Lakers executive vice president of basketball operations) Jimmie (Buss) aren’t sending me anywhere.”

“Nah, not really,” he said with a grin and a shake of the head when asked if he can envision playing beyond his current contract. “But I’m so loyal to this organization, there’s not a chance (of him leaving)…I’ve been really fortunate to win a lot of games here, a lot of championships here. You can’t (expletive) with (that).”