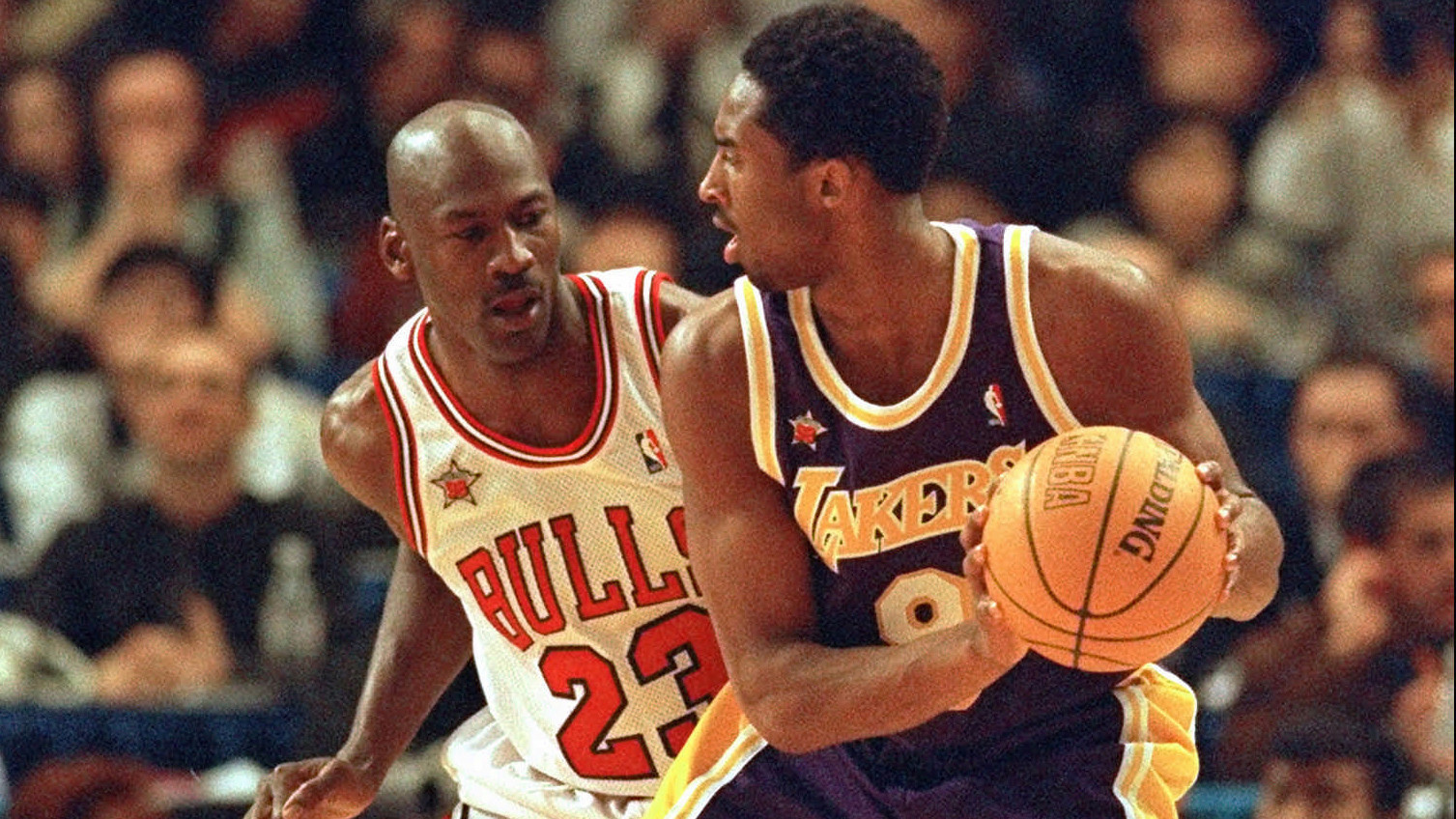 In a conference call Monday with 146 reporters from 24 countries and territories, Kobe Bryant was asked to name the top-five players and teams he’s hooped against during his illustrious 20-year career.

The Black Mamba also dismissed the possibility of heading overseas once his NBA days come to an end next April.

Kobe: "I would have loved to play overseas for a season, but it’s not going to happen. … Body won’t let me.”

Kobe says he’s not sweating whether or not he’ll play in the All-Star Game.

Kobe Bryant revealed the top five players he faced in his career, and at least one came as a surprise. […] The players were: Hakeem Olajuwon, Michael Jordan, Kevin Durant, LeBron James and … Clyde Drexler?

Bryant acknowledged it was difficult to narrow down the list. […] “I came in the league when there were still so many great players playing — John Stockton was still playing, Clyde Drexler was still playing, Gary Payton, Anfernee Hardaway,” he said on a conference call Monday set up by the NBA with international reporters. “Top five players is a little tough for me.”

If he’s not voted into the (All-Star) game by fans, he said he was “completely fine with that because I’ve had an amazing run.” […] Bryant is listed as a “frontcourt” player on the ballot, unlike past years when he was a guard.