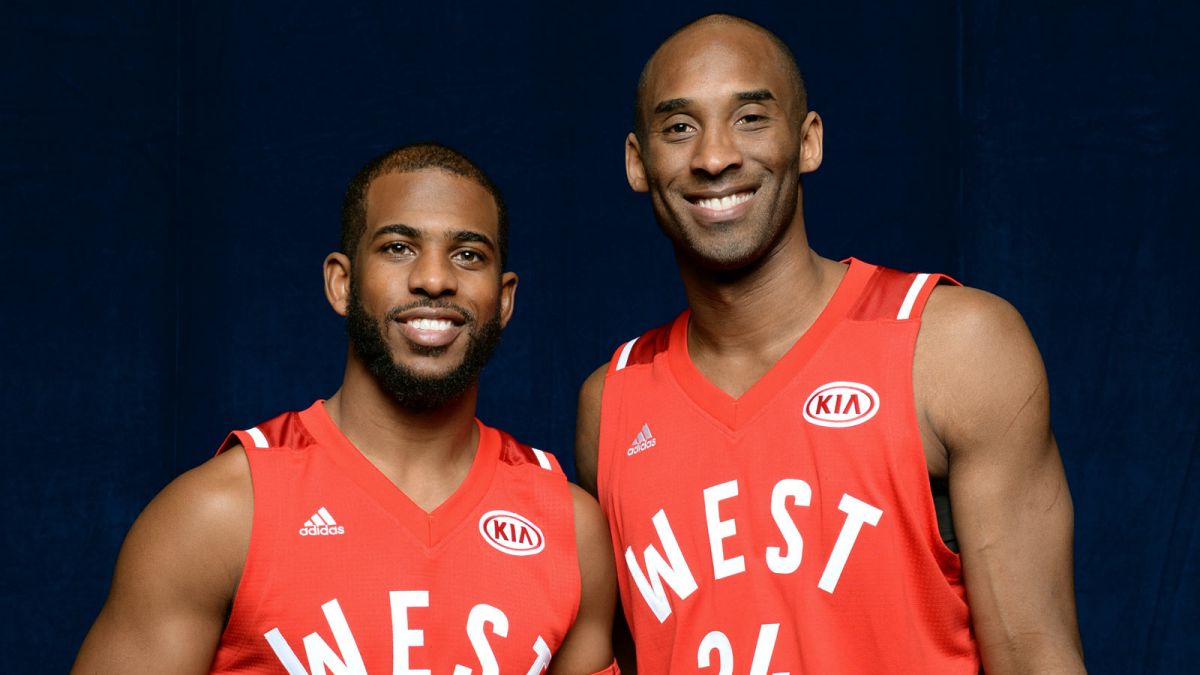 Five years ago, then-NBA Commissioner David Stern became the most hated man in Laker Nation after blocking a blockbuster trade for perennial All-Star point guard Chris Paul—and it certainly didn’t help that Paul ended up playing in the same building, for the Clippers.

Kobe and CP3 chatted moments prior to the infamous trade reversal, plotting on how many championships they would win together in Los Angeles.

Alas, it was never meant to be, and both future Hall of Famers—facing one another for the final time this week—are left to wonder what could have been:

“You know me. My dream isn’t to win games,” Bryant recalled to ESPN this week. “It’s like, ‘How many of these titles are we going to win [together]?’ Because if we don’t win, we’re a failure.” […] “It was crazy,” Paul told ESPN this week. “It was exciting. We talked about potentially being teammates and all that stuff like that. Then, in the blink of an eye, gone. I knew how competitive he was, and I knew it would be a perfect fit. We just kind of talked about what we’re going to do, how we’re going to scheme to get things done. Unfortunately, it never happened.”

Although both players are admittedly alpha males, Bryant believes they could have coexisted, even if they butted heads from time to time. […] “Butting heads is fine,” Bryant said. “If we didn’t butt heads, we wouldn’t have won championships. There’s different variations of healthy butting heads and not healthy. [Shaquille O’Neal] and I would butt heads in a very unhealthy way, but then we figured out how to make it happen. But I think Chris and I are really two completely different players, and where Shaq and I really butted heads was in the work ethic, because his size and injuries prohibited him from working as hard as he could have been working. So what I used to get on him about was that. That’s what we really disagreed on — the amount of focus and physical attention that it takes to win this damn thing. And so Chris and I would never have these issues.”

Regardless, the potential pairing of the two dominant guards remains one of the biggest what-ifs not only in Bryant’s career and in Lakers history, but also in recent NBA history. […] “Things would’ve been very, very, very different around here,” Bryant said, “with two of the most competitive people the league has ever seen.”