Kristaps Porzingis Doesn’t Want to Be a Center 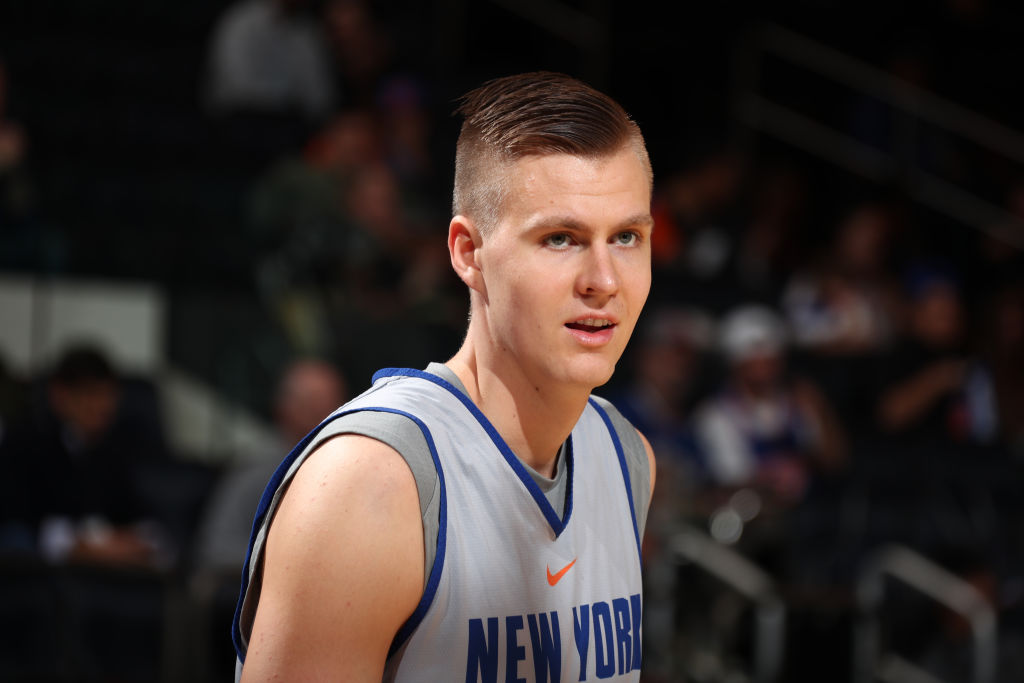 Kristaps Porzingis has no desire to bang in the paint with the NBA’s other behemoths, and thinks he’s a lot more effective as a power forward.

Knicks head coach Jeff Hornacek has experimented with Porzingis at the five, largely without success.

The 22-year-old star says it’s a waste of energy for him to be wrestling centers.

“I think it’s better for us,” Porzingis said Wednesday. “Me at the 4, especially if I’m playing against a non-shooting 4, I can do a lot. When I’m playing against the 5, I’m fighting with the big a lot of times and I’m wasting a lot of energy. Obviously, offensively I have an advantage at center, but I’m just more comfortable playing at the 4.”

The Knicks feel the same way about Porzingis, which is why they signed Joakim Noah to a lucrative contract, touted Willy Hernangomez as a core piece and acquired Enes Kanter from OKC. They will carry four centers on the roster, and all of them are puny next to Porzingis.

“Fours are usually smaller, and I can shoot over them easier,” Porzingis said. “If it’s a non-shooter at power forward, then I can be under the rim on defense and protecting the rim and that’s what I love.