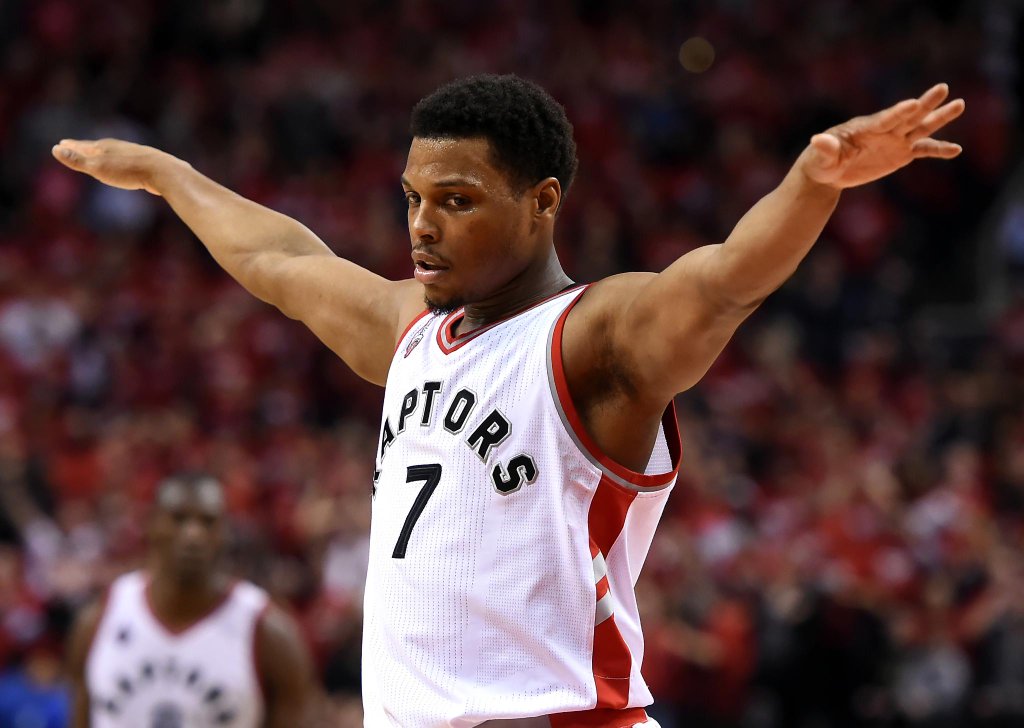 His improbable halfcourt heave to force overtime notwithstanding, Kyle Lowry was awful Tuesday night in Game 1 of the Heat-Raptors second round Playoff series.

The All-Star point guard only managed seven points, missing 10 of his thirteen attempts from the field, and was held without a bucket in the first half of Toronto’s 102-96 loss to Miami.

Lowry, 30, has shot a disastrous 16 percent from three-point range so far this postseason.

Per The Globe and Mail:

Kyle Lowry went scoreless in the half while (Goran) Dragic – Lowry’s former backup in Houston – turned up the speed in transition and found eight quick points. Terrence Ross was enlisted on (Dwyane) Wade for a spurt, while at the same time going on an 11-point scoring blitz for Toronto. […] “We need [Ross’s] scoring, and his shooting until Kyle gets his jump shot going again,” said (Dwane) Casey. “T Ross came in tonight, Jonas (Valanciunas) had one of his best games tonight. There’s other ways to get it, and he’s giving us that in the low-post.”

“It’s kind of mind boggling right now, it’s frustrating,” said Lowry, who has been spending many hours in the gym trying to overcome his shooting slump. “I’m not going to shy away from the criticism or anything I want to continue to be aggressive, shoot shots and take the onus. I know I’m not playing well at all. We got out of one series with me not playing well, not shooting the ball well – but we have to get out of this next series, and I have to play better and shoot the ball better.”