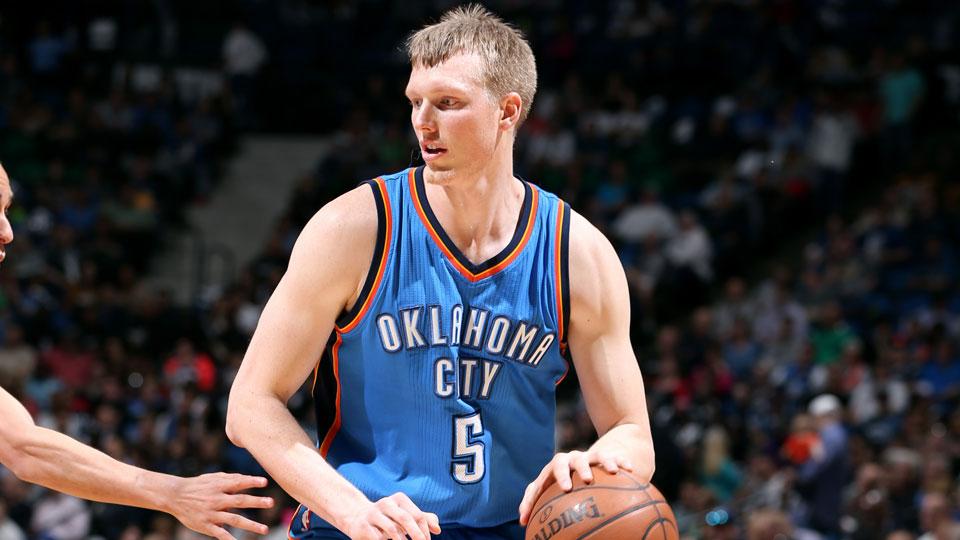 The OKC Thunder have locked up restricted free agent forward Kyle Singler on a reported five-year deal worth $25 million.

Couldn’t be more proud to represent the @okcthunder. I'm excited & dedicated to helping bring a ship to the best fans in the NBA. #Thunderup

Singler, who was acquired from Detroit in a mid-season trade involving Reggie Jackson, averaged 3.7 points, 2.1 rebounds and 0.7 assists in 26 games with the Thunder last season.

Singler expressed a strong desire to remain with the Thunder at the end of last season, and Thunder general manager Sam Presti echoed those sentiments. […] “This is the type of environment that I think I thrive in,” said Singler at his exit interview in April. “A winning team. A winning organization. Talented players. This is where I want to be.”

Presti repeatedly praised Singler’s fundamentals and versatility when discussing his value to the Thunder.

“Finding a player in free agency that can shoot close to 40% from the three point line over the course of a season, embrace various roles, and stand as one of your more fundamental players at 6-9 is unlikely when over the cap and tax,” Presti said in May. “Therefore, we are hopeful we will be able to keep working with him in the future.”