Kyrie Irving joined a chorus of NBA players who called out Warriors big man Zaza Pachulia after he fell on top of Russell Westbrook.

Irving says the NBA “has to take a look at this man.” 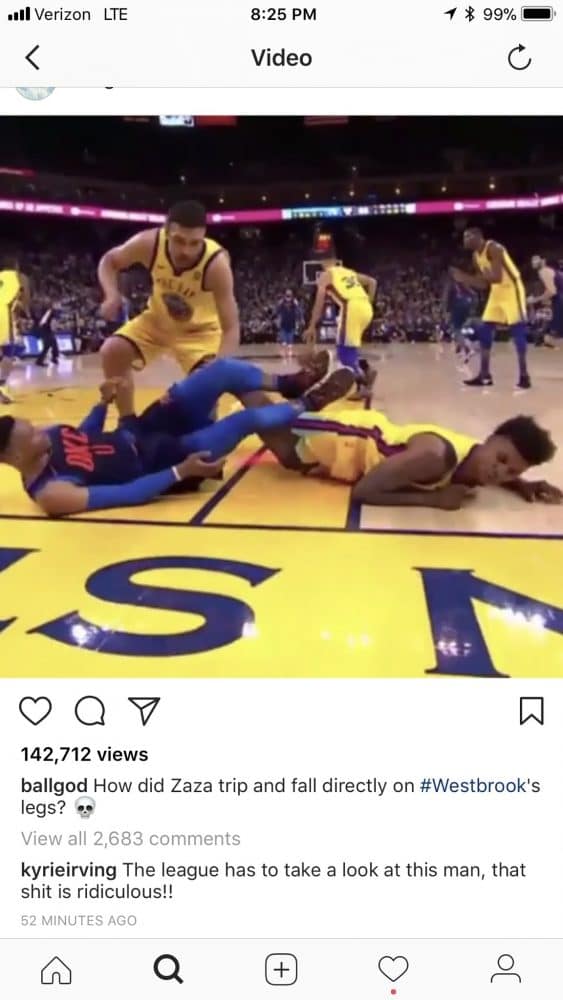 Westbrook and his Thunder teammates were extremely unhappy with Pachulia following a 112-80 road loss.

“You know Zaza. You know his history. Nobody pushed him. He aimed where he was going to fall. That’s Zaza making a Zaza play. He’s on the end of hurting a lot of guys,” [Paul] George told reporters.

Al Horford on Celtics Comeback: ‘We Took Their Punch and Stayed With It’

Kyrie Irving on Celtics Rekindled Success: ‘The Timing is Right’