Kyrie Irving Denies Report of a Return This Thursday 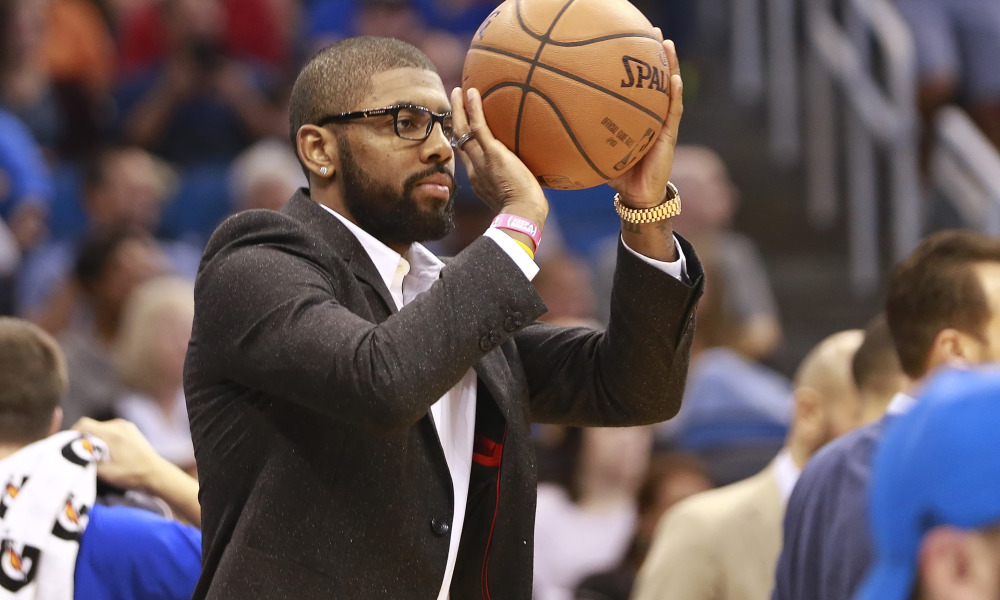 Uncle Drew says he’ll break the news of his return to action himself.

Sorry to dwindle the news, but I won't be returning tmrw. It was wrongfully reported. When I do come back you'll hear it directly from me.

The Cavs continue to take an extra-cautious approach with the 23-year-old, who last suited up in Game 1 of the 2015 NBA Finals.

The All-Star point guard, who has missed Cleveland’s first 23 games recovering from a broken kneecap sustained in the NBA Finals, said Wednesday that he won’t be playing Thursday night against Oklahoma City. […] Irving traveled with the Cavs on their road trip to Orlando and Boston, but didn’t play despite coach David Blatt saying last week there was a possibility he would be back on the floor.

After a report surfaced saying Irving would make his season debut against the Thunder, Irving went on Twitter to say it was false.

Cavs coach David Blatt said Tuesday in Boston that the team will continue to “err on the side of caution” with Irving, who has progressed to full-contact practices.