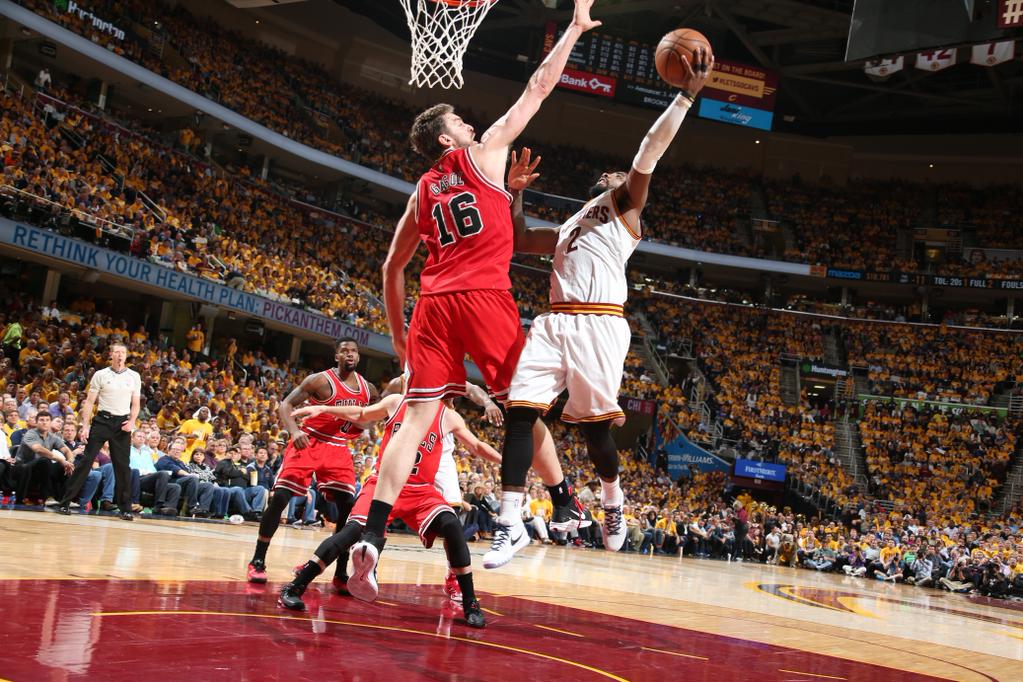 Despite a game-high 30 points Kyrie Irving, the Cleveland Cavaliers went down 99-92 in their series-opener against the Chicago Bulls.

Irving missed 5 of 7 attempts from the field in the fourth quarter, and admits that he was tired at crunch time.

The 23-year old All-Star played 44 minutes, but says that’s no excuse for his late-game struggles.

“The shots I was taking, especially down the stretch, they were fatigued shots,” Irving said following shootaround Wednesday. “It just wasn’t in the flow of our offense. Regardless of if I’m hot or not or Bron’s hot or not, it’s just the guys out on there on the floor, I just have to make better decisions — whether it’s going to be making one of my teammates better or me taking a shot.

He led the Cavs in minutes played, logging 44 out of a possible 48. […] “I’m willing to play as many minutes as I can, fatigued or not,” Irving said. “Whatever it takes to win.”