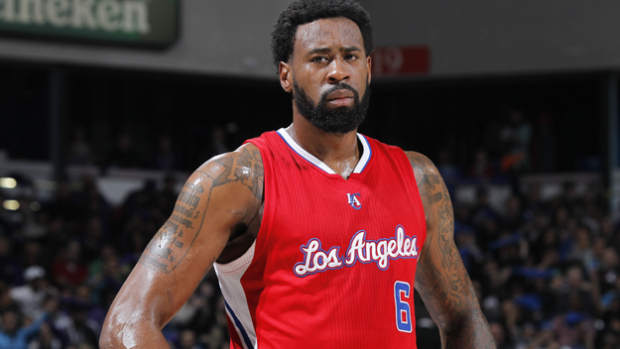 Free agent center DeAndre Jordan has chosen to bolt from Los Angeles and accept a four-year, $80 million deal with the rival Dallas Mavericks. But the Clippers haven’t given up all hope just yet.

Reportedly, team president and head coach Doc Rivers, along with owner Steve Ballmer, seek one last face-to-face meeting with the 26-year-old stud, in a desperate attempt to retain the big fella.

LAC became aware that DeAndre Jordan was having second thoughts "a few days ago. Blake Griffin has already talked to him, Chris Paul soon.

Free agents are traditionally considered off limits once they strike a verbal agreement with a team during the NBA’s annual moratorium period, but sources said that the Clippers have pushed to secure a meeting Wednesday in Houston for coach/team president Doc Rivers and possibly owner Steve Ballmer to make one last face-to-face pitch to Jordan in an attempt to convince him to walk away from the four-year, $80-plus million max deal he committed to with the Mavericks and instead stay with L.A.

Sources say that some Clippers players have been in contact in recent days as well with Jordan, who informed both teams of his decision last Friday and then flew to his offseason home in Houston. […] Thursday is the first day teams and players can formally sign contracts once the moratorium is lifted. Sources say the Clippers, since Jordan’s return to Houston, have been bypassing his representatives from Relativity Sports and have been urging him to take the Clippers’ offer instead while there’s still time.

Sources said that Jordan has told people close to him since picking Dallas that he’s still “torn” and “unsure” about his choice.