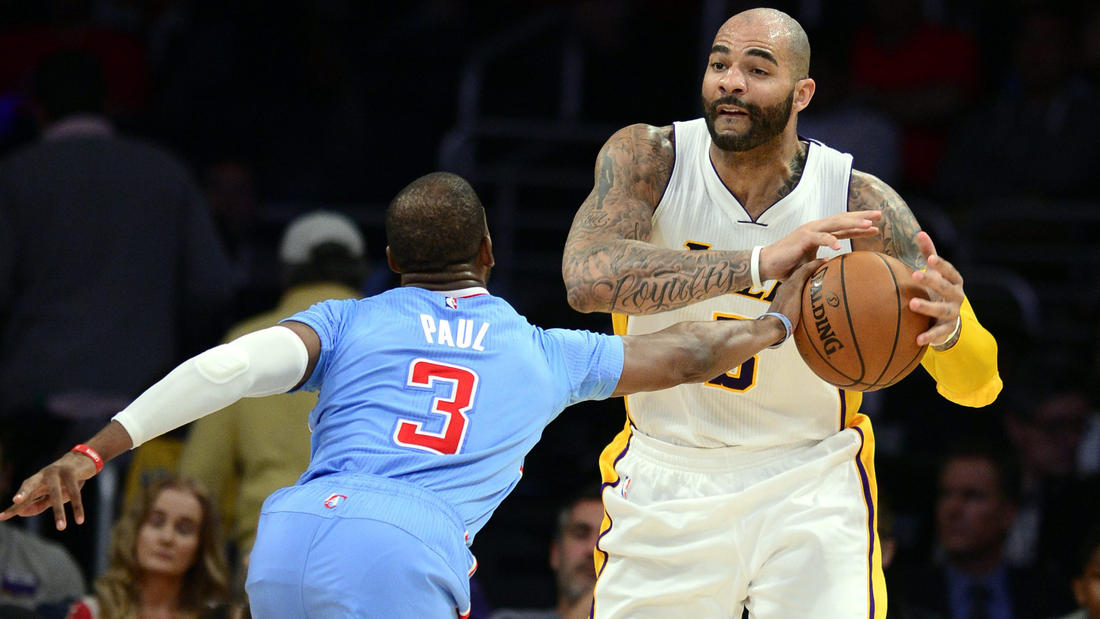 Fittingly, the LA Clippers blew out the Lakers 106-78 Sunday, handing their Staples Center building-mates a franchise record 56th loss on the season.

This sorry edition of the Lakers passed last year’s 55-loss squad, and reached a new mark for futility.

The 52-win Clippers have now won six in a row against their hometown rivals, with five of those being blowouts of 23 or more points.

“I’m not thinking about the record and all that stuff,” coach Byron Scott said, “it’s just the fact the losing part doesn’t sit well with me.”

And as if the wounds aren’t evident enough, the Lakers spent the night failing to contain point guard Chris Paul, who they once believed they had acquired in a deal with New Orleans. […] That left Scott spending most of his pregame chat with the media heaping praise onto Paul, whom he coached in New Orleans, and suggesting hopefully that Lakers’ rookie point guard Jordan Clarkson can learn from his former pupil.

Up close, all Clarkson may have seen of Paul on Sunday was the flash. If the Clippers star wasn’t dribbling through Carlos Boozer’s legs he was passing off the backboard to set up Blake Griffin for a booming dunk. […] After holding his own against a number of All-Star point guards throughout his maiden voyage through the NBA, Clarkson got a rude awakening against Paul. He was held to 2 points, 4 rebounds and 3 assists, while Paul put on a clinic, tallying 15 assists before taking a seat for the fourth quarter.