Lakers’ Ryan Kelly Out for 6 Weeks Due to Hamstring 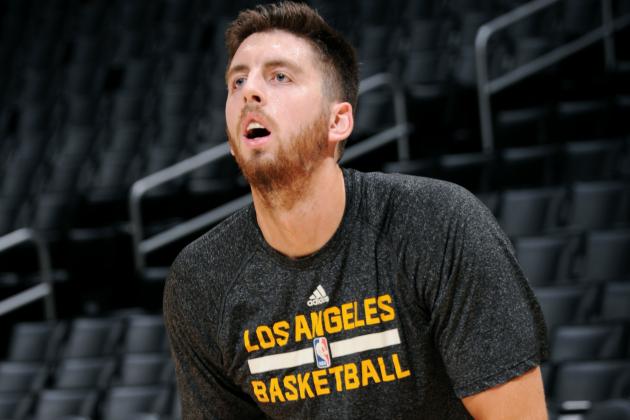 The team announced Monday that forward Ryan Kelly will be miss at least six weeks of action, after tearing his right hamstring.

Kelly has appeared in just three games this season, posting averages of 3.7 points and 1.7 rebounds in 8.2 minutes.

Lakers forward Ryan Kelly, who suffered an injury to his right hamstring in the second quarter of last night’s game against the Golden State Warriors, had an ultrasound test and was examined this morning by Dr. Luga Podesta of the Kerlan-Jobe Orthopaedic Clinic.

Results of the test show that Kelly has a tear of his right hamstring. He is expected to be out a minimum of six weeks.