Lakers Will Allow Kobe Bryant to Become a Free Agent 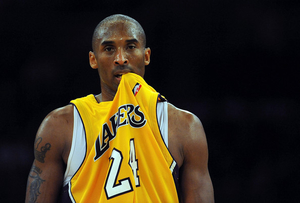 He remains the same arrogant, defiant superstar he’s always been, but Kobe Bryant’s Achilles injury has forced him to admit some doubt and vulnerability as he enters the twilight of his career.

The Los Angeles Lakers have no idea what to expect from Bryant this season, and talks of a contract extension don’t appear to be on the horizon. According to executive vice president of player personnel Jim Buss, the team will allow Kobe to become an unrestricted free agent next summer.

“No, I don’t know what I’m going to be like when I come back. I’ve worked very hard and I have been blessed to be around great mentors, have been taught great fundamentals and have learned multiple positions. I’m hoping I will be able to adjust if I’ve lost any quickness or explosiveness.” I interrupt. “You told me a year ago you would never allow me to see you slip as Michael Jordan did in his final NBA run.” “It’s not going to happen,” Kobe says. “I’ve talked to a lot of actors who won’t take a role if they don’t think they can execute it.”

He becomes a free agent at the end of the season, and Jim Buss says because of the pay structure of the NBA, the Lakers will allow Kobe to become a free agent. He says he has talked to Kobe and believes they have an understanding, Bryant waiting as a free agent while the team spends to upgrade and then using what is left over to pay Kobe. “We’ve probably talked,” says Kobe while being somewhat vague, “but I’m putting off any thought of that.”

They’ll never admit it, of course, but it’s obvious that the Lakers won’t be competing for an NBA title this year. Flush with cap space, the front-office envisions a major rebuild in the summer of 2014.