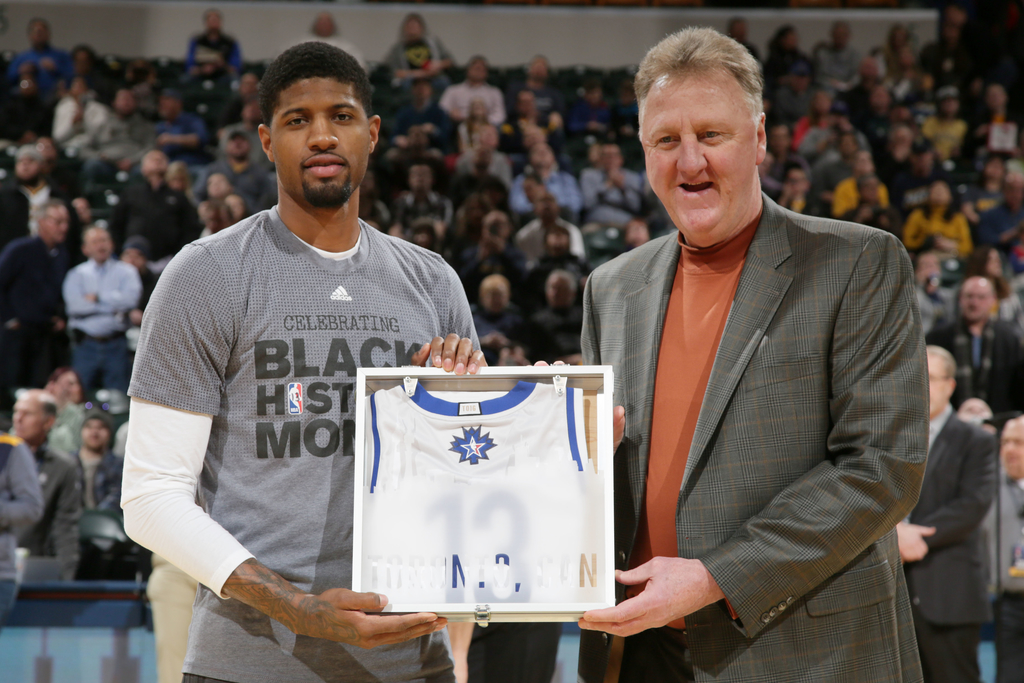 Besides, any talk about a possible George swap was simply “fake news” according to the Indiana Pacers’ team president.

Bird called Magic Johnson to congratulate him on his new gig, and PG’s fate did not dominate the conversation.

“I wasn’t motivated to move Paul George at the deadline,” Bird said. “I can’t remember if it was even brought up or not. I don’t think it was. It’s all fake news anyway. You know that. Somebody’s gonna start it and [it] just was a snowball effect. [The phone call] was not about Paul George.”

They talked about their families, about how life had been. Bird, 60, called the 57-year-old Johnson crazy for trying this at his age.

“He’s got a lot to learn,” Bird said. “But he took the challenge and I’m sure he’s ready for it. There’s just so much to learn about it.”