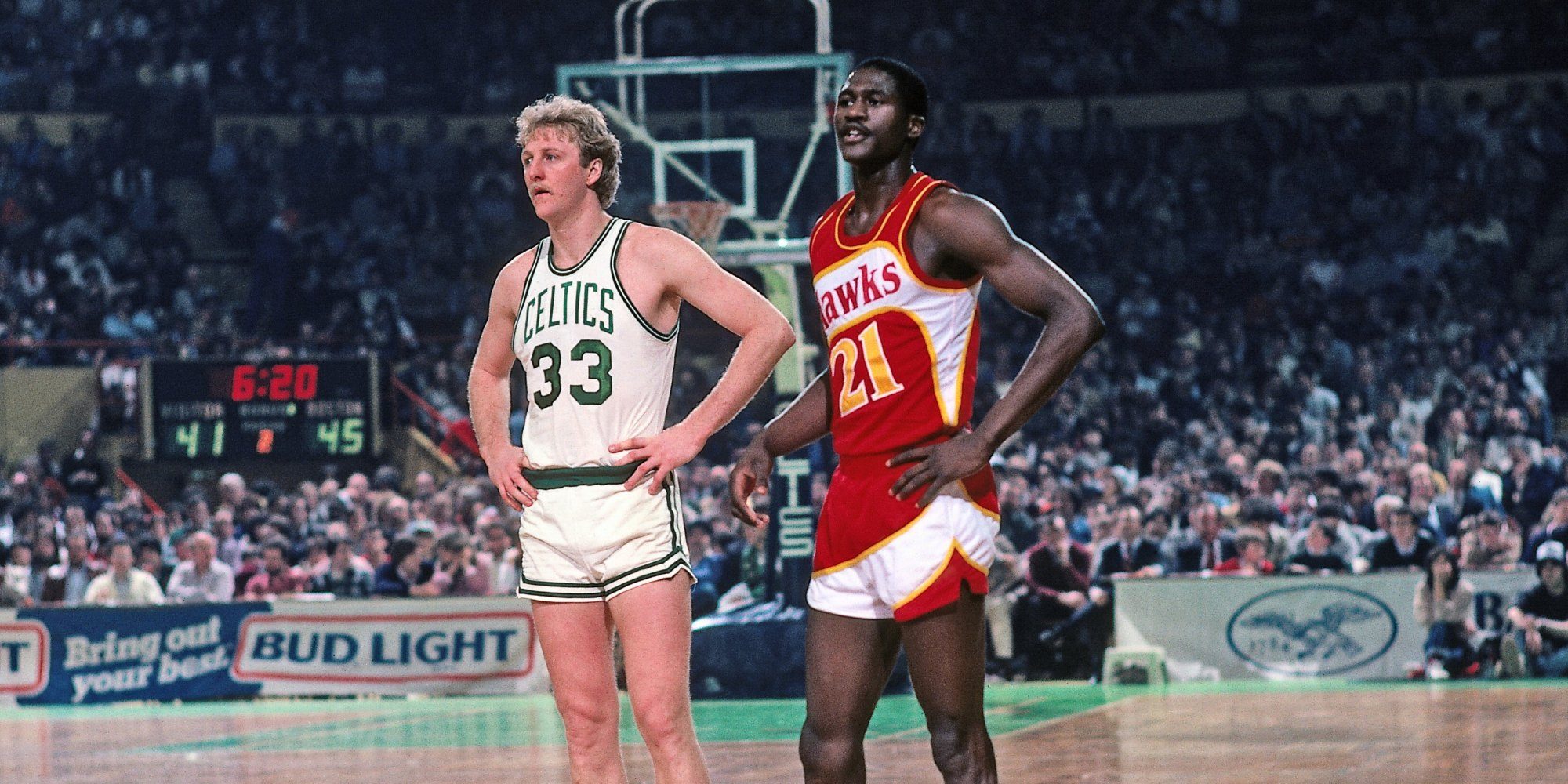 Just because both guys are old and grey now, doesn’t mean their competitive zeal has fizzled a bit.

Larry Bird was one of the many who paid tribute to Dominique Wilkins during his statue unveiling Thursday in Atlanta, and Bird had a funny bit of trash talk for his old rival:

Larry Bird on video says of Wilkins statue: "I'm pretty sure it's not made in a defensive stance." #ATLHawks

‘Nique recently shared a terrific story from one of his earliest battles with Larry Legend during the 1980s.

“One of the first times I ever played against him, I went out for the opening tip and I went to shake his hand. He just stood there and looked at me stone-faced with his hands behind his back,” Wilkins said recently.

“I was like, ‘Whoa.’ Then we were getting ready for the tip and he says to me, ‘You don’t belong in this league, Homes.’ I couldn’t believe it, but it happened so fast, I didn’t know what to think. […] Then they had the ball and I was on him and he said, ‘I don’t know why they got you guarding me, Homes. You can’t guard me.’ Then, whap, he hit a 3. Then he came down again and said, ‘They made a mistake putting you on me, Homes,’ and he took another 3.”

“So now I’m hot,” he said. “I’m hot. I mean, I’m steaming. […] “Then a little while later, I came down on a break and he was backpedaling. I just went right after him. I jumped up and he tried to challenge, but I took that right through the rim. He fell and hit the basket support. […] “He got up and said, ‘I like you, rookie. You’ve got(guts).’ I was happy for a second, and then he said, ‘But I’m still going for 40 on you tonight.’ ”