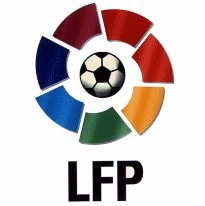 By Jake (Spain) and Oliver (England)

So not a whole lot going on this week apart from England’s national team struggling to beat a group of goat herding mountain men from the Pyrenees. Yes I’m serious!- to say England were booed off the field would be an understatement- after a dismal 1-1 draw with Israel, England needed a performance against the mighty Andorra-

This is a football team with the quality of Steven Gerrard, Wayne Rooney, Frank Lampard, John Terry, Rio Ferdinand, Aaron Lennon and Owen Hargreaves and a team that supposedly can afford to leave out David Beckham (when he is fit) however Wednesday night this team of over priced chumps managed to get to half time without scoring a single goal on the Andorran national team, a team that has ONE professional player- who plies his trade in the Spanish second division and three players who looked older than my dad (who is a decent looking 55)

I actually spent half the match laughing out loud at the shocking muddle that was England’s attack. It comes to something when a country of 50 something million cant produce a single useful centre forward over 5’8 – (Darren Bent is but needs a better team) seeing as the line-up seems so hell bent on crossing the ball into the box- newsflash for Steve McClaren your team is short- try a different tactic maybe!

Watch as Wayne Rooney shows just how much he has declined since he was a teenager with yet another performance where he stomps about cursing, (getting himself booked for reacting to the intelligent niggling of the defender) watch as England’s wing men struggle to get a cross into the box (wingers are supposed to be able to cross!) and watch as a country with less inhabitants than a full Giants Stadium manage to bully the world’s sixth best team.

Other Results and videos of note

Goal of the week

Arsenal against Liverpool this Saturday in the premiership! The battle for third is on!!! Video next week.