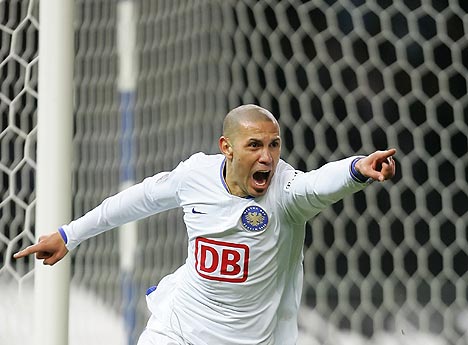 Before I get to this week’s soccer manifesto, a few things:

I have this crazy goal: I want to do this soccer column every week for the rest of the footy season, unless I’m on vacay. However, with the new job things started getting hectic and I started having trouble motivating myself. Yeah, I know what you’re thinking: Jake what the hell is wrong with you. You were having trouble motivating yourself to write a youtube based soccer column every friday for a basketball website? Geez man, you’re slipping.

Then I got an email from our man Nadav Mor out in Berlin. Nads wrote, “How about a weekly summery of the Bundesliga, possibly the most underrated league of them all? I’ll be happy to send one in every Monday…” And I thought to myself: YES! This is the best way to force me to do something that, even though I’m tired, I really want to do. And I’ll be able to lighten my Spain coverage a bit, when necessary.

Still thinking, I figured we shouldn’t be exclusive with this, so I invited slamonline commenter Oliver (or Our Bloke Oliver–henceforth known as OBO) to drop some EPL videos because everyone and their mom is digging British football these days.

In sum, this column has expanded. Yay! And YAY!.

Two sets of games from Spain from the last week before the holiday break. Let’s get to it:

Now for this week’s matches:

There were four of Recre’s fans were killed when the Recre fans coach coach (pictured toppled over) got into an accident. Many more were seriously injured. Some might say this win is divine. Those are the three prettiest goals bunched together that you’ll see for a long time.

Sevilla moves into first, three points ahead of Barca. Barca has played one less game.

I decided to go to a soccer game this past Saturday, featuring the home team, and my favorites, Hertha BSC against rivals Eintracht Frankfurt. No real significance to this game, other than it being the last one before the month and half long winter break, meaning both teams wanted to send themselves and there fans happy into the new year. The East-West rivalry comes from Frankfurt being the financial capital of Germany, while Berlin is the official capital. Kinda like the Knicks vs. Wizards, um, rivalry. Or not.

I got free tickets courtesy of dad’s job (DIPSET!–wait, what? Explain in the comments), getting to sit in the “Hall of Honour”. A buffet area (we’ll get to that) located in the middle of the stadium, offering a great view of the pitch.

Don’t know about the food in the press room, but following the latest trend here at the site, here’s a short rundown of the gastronomical features (the buffet):

Duck , Chicken, Rice, Pasta, A Bratwurst station (make your own wurst type of thing) and an assortment of salads. Overall B+, just cause the food there is highly unhealthy, but very, very good.

However, what takes the not-so-proverbial cake was the desert area. I don’t know if the Germans meant to do this, but they had a cake there called the “Philadelphia Cheese Cake”. Either a cute play on words or just a random name. Probably the latter. Best part of the desert place was the self service waffle maker. No need to explain. Amazing.
Anyway, Hertha plays their games in the once notorious yet now renowned Olympic Stadium. Renowned because the final of the World Cup was played there last summer. Word. And notorious because it was where Hitler held the 1936 Olympics, where track legend Jesse Ownes knocked him the f*ck out and won 4 gold medals. Interestingly enough, former NBA draft pick Chris Owens, Jesse’s great-nephew, plays for Berlin’s basketball team, ALBA.

On to the game: