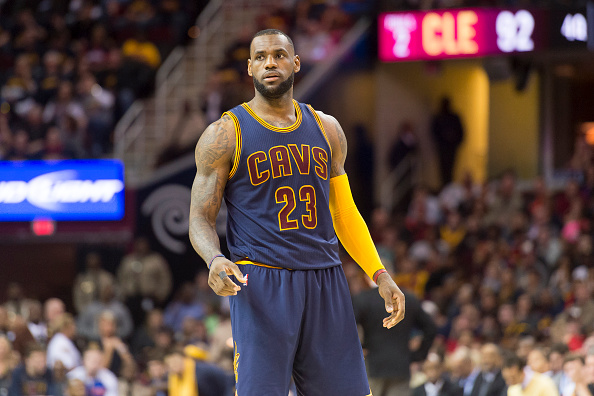 Today marks the beginning of LeBron James’ 10th playoffs, and he’s played in the last four NBA Finals. But with a Cleveland team that lacks big-time playoff experience around him (read: Kyrie Irving, Kevin Love and other key parts) LeBron knows it won’t be easy to make it back to the Finals this time. In a sitdown with Dave McMenamin of ESPN.com, LeBron admitted that he’s a little worried about the lack of playoff experience for the Cavs, who tip off their first-round series with the Boston Celtics on Sunday.

While the Cleveland Cavaliers’ 34-9 record to close out the regular season was an ample sample size to prove his team’s legitimacy, James is quite cognizant of the fact that half of the Cavs’ principal eight-man rotation has zero playoff experience to its credit heading into Game 1 against the Boston Celtics.

“I think from top to bottom, we’re just very balanced team and we have experience with youth, and I think that’s a great combination in the postseason,” James said this week as part of a wide-ranging sit-down interview with ESPN. “One thing that scares me a little bit is just us coming together for the first time, our experience.

“We have guys that have played experienced basketball, but then we have guys that we have to rely on a lot that haven’t played experienced basketball, and that’s Kevin Love, that’s Kyrie Irving, Matthew Dellavedova and Tristan Thompson that’ve never played a postseason game. So, that kind of scares me a little bit. But at the same time it scares me, [there is a feeling] of excitement as well, and not much of failure.