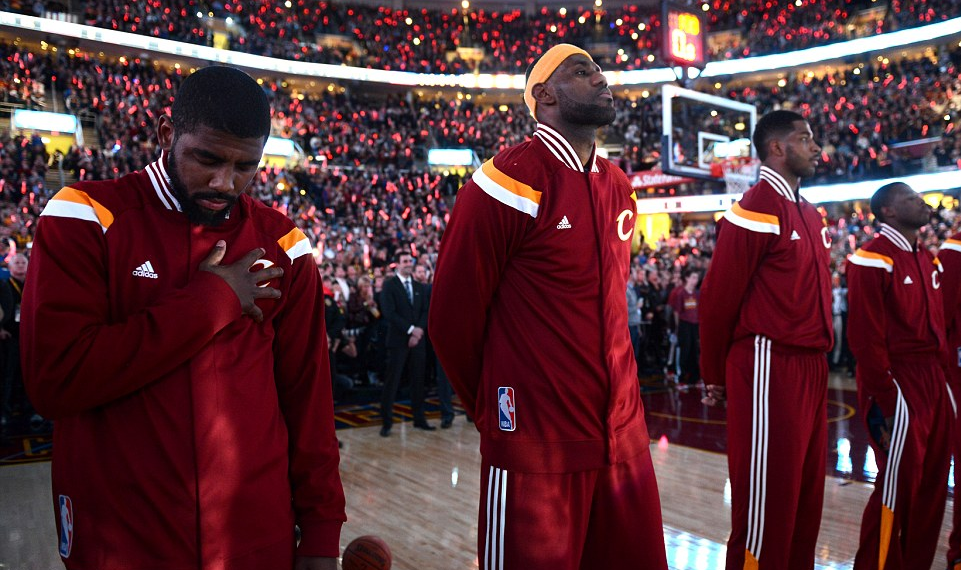 James gifted each of his teammates with a gleaming new Apple Watch prior to the start of the championship round.

LeBron handed out the gifts at a pre-Finals pep rally at the Four Seasons in downtown San Francisco, which featured catered food, music and even a barber for everyone to get a fresh cut.

The four-time MVP spoke of the unforeseen trials they would face, he touched on the adversity that would come with the territory, and he warned them of unexpected setbacks. In it all, his message was to stay the course. But most importantly, stay together regardless of the circumstances. […] “He was like, we’re here for business and to be prepared,” center Tristan Thompson said. “All the media attention, all the hoopla stuff is cool and what not, but we’re here to take care of business.”

The team relaxed and talked about family, the news and just life in general. This was his way of easing any pre-Finals tension they might have had. […] “It was for unity. Building camaraderie with the guys,” J.R. Smith explained. “A lot of times when you go into the hotels, you might see a guy for breakfast or a meeting and that would be it. He brought us out and we talked about regular, everyday stuff instead of just the Finals.”

But before they went their separate ways that night of the meeting, James had another surprise. He gave them all brand new Apple watches. […] “I’ve been fortunate enough to work with some great partners and whatever I get, I like to share with my teammates,” James said. “It’s just my way of showing them that I care. That’s it. It’s not the first time and it won’t be the last time.”