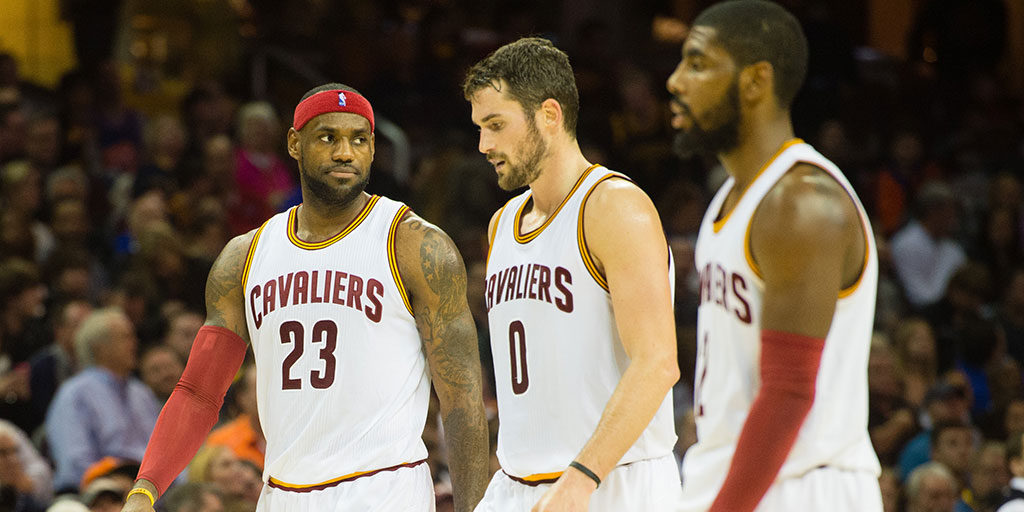 Following a rough January, the Cleveland Cavaliers have won four-straight games in February heading into tonight’s nationally televised matchup against the Oklahoma City Thunder. Much to the chagrin of the execs at Turner, it is likely that LeBron James, Kyrie Irving and Kevin Love will all sit out tonight’s game due to rest.

LeBron faced backlash earlier this season for sitting out a game in Memphis and when asked about Lue’s thinking that he will rest tonight, James answered that he does “whatever my coach asks me to do:”

“I do whatever my coach asks me to do,” said James, who was perturbed by the outcry. “My coach wants me to rest, I don’t buck my coach. That’s what he wants and that’s what we’re going to do. I’ve been in this league 14 years. I shouldn’t have to explain me sitting out a game or not playing games. I’ve played in every arena, including Seattle, that’s no longer here. It’s not like it’s my first year. I’ve got 14 years. I’ve paid my dues — and more than a lot of guys in this league. But I’ll ride with my coach.”

In 2012, the NBA fined the Spurs $250,000 for sitting Tim Duncan, Manu Ginobili, Tony Parker and Danny Green during a nationally televised game against the Heat.