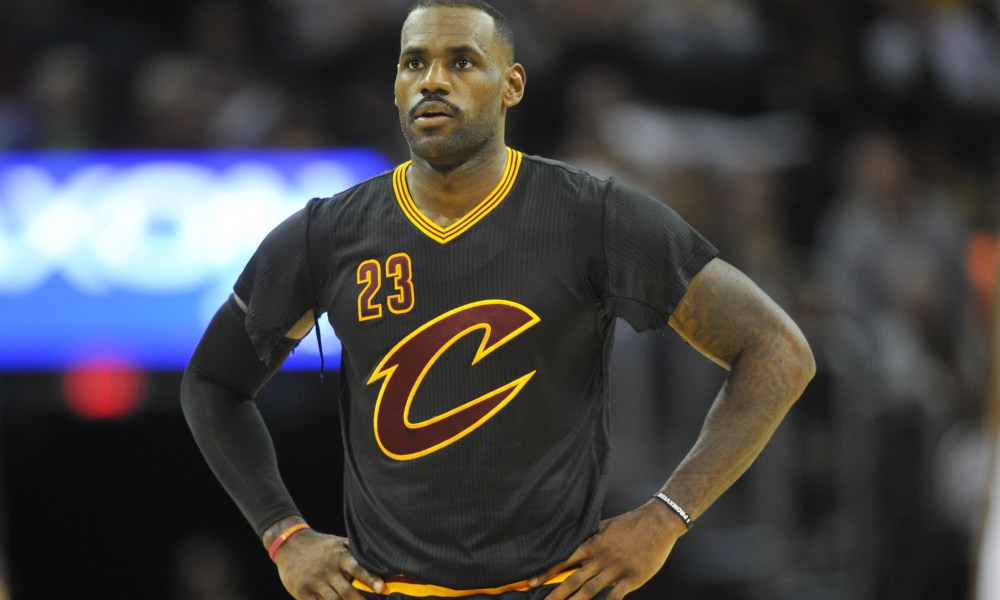 A couple of seasons ago, LeBron James publicly-complained about the NBA’s then-new sleeved jerseys.

Time has not softened his stance on the garments—LeBron ripped the sleeves open on his shirt Wednesday night, during a nationally-televised 96-86 win against the visiting New York Knicks.

Because who needs sleeves? https://t.co/byungOHn9z

Afterwards, James claimed that his actions had nothing to do with the restrictive jerseys. LBJ says he was simply frustrated with his ongoing shooting woes.

Per the NEOMG and AP:

“Every time I shoot, it feels like it’s just pulling right up underneath my arm,” James said back in March of 2014 while a member of the Miami Heat. “I already don’t have much room for error on my jump shot. It’s definitely not a good thing.” […] During the game (Wednesday), an NBA official said he wasn’t sure if a fine was warranted or not, saying, “It’s not exactly a normal occurrence.”

Frustrated with his shot in the first half, an irritated James ripped the sleeves on Cleveland’s new, black jerseys. The four-time MVP, who has complained in the past that the retro-looking tops are too snug on his arms and shoulders, tore his jersey in the midst of a 4-of-11 shooting performance in the opening 24 minutes. […] “I was just frustrated with myself,” he said. “I was just off rhythm and the jersey is the only thing I can go to. I couldn’t do nothing to my face. I couldn’t make a bucket so I had to take it out on something.”

The Cavaliers will be required to wear this jersey three to six times this season. James was asked if he’d wear sleeves again. […] “If the fans love them, I love them,” he said, giving a diplomatic answer. “If our fans love the uniforms, I’ll wear them for 48 (minutes). I’m so used to the sleeveless cutoffs, the tank top. I’ve been playing in tank tops all my life.”