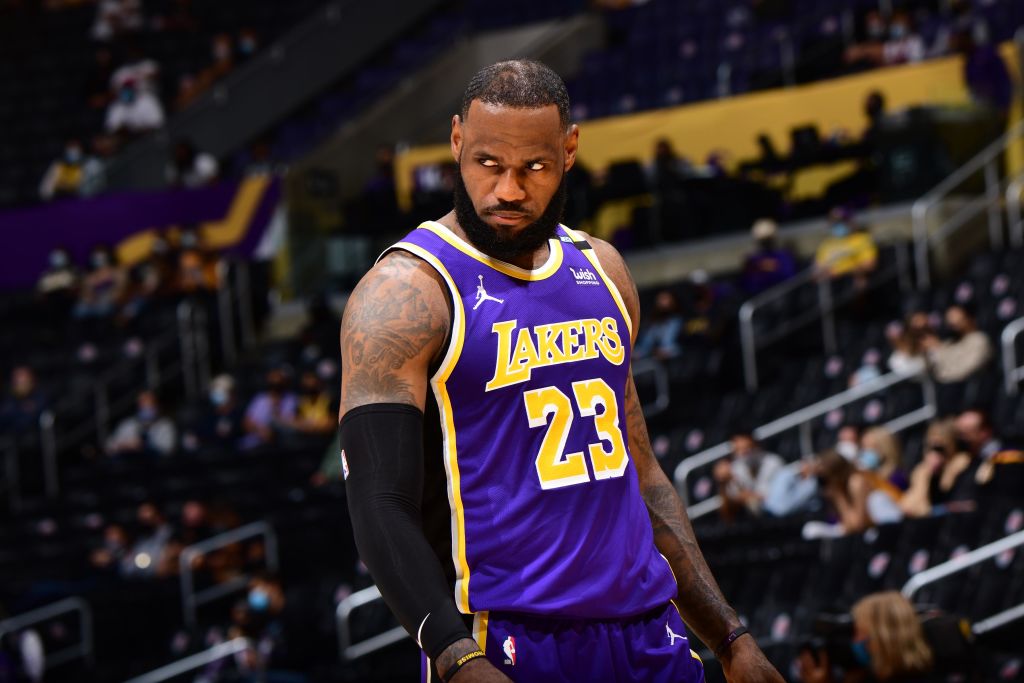 Since joining the Los Angeles Lakers, NBA legend LeBron James has experienced the two most significant injuries of his career.

In 2018-19, a groin injury managed to keep the Chosen One out for 17 games, as his streak of reaching eight straight NBA Finals came to an end. This season, a high ankle sprain had kept James out of the lineup since March 20, a 20-game stretch in which his Lakers went 8-12 while trying to keep their ship afloat.

On Friday, James would step foot on the hardwood, and this time it wasn’t just to grace the court with his presence.

Operating off intel from basketball insiders like ESPN’s Adrian Wojnarowski and The Athletic’s Shams Charania, fans were prepared for James’ long-awaited return, with the Lakers set to match up against the Sacramento Kings.

However, it wasn’t until Los Angeles would warm-up that James was officially declared as active for the contest, much to the imprimatur of fans league-wide.

Playing 32 minutes in the contest, James tallied 16 points, eight rebounds, seven assists, two steals and one block against five turnovers, while shooting 6-12 from the field, 1-5 from 3-point range and 3-5 from the free-throw line.

While James would likely benefit from regaining his midseason rhythm and conditioning, Friday’s matchup — which resulted in a 110-106 loss for Los Angeles — was undoubtedly a positive step forward.

With the Lakers getting fully healthy just some of their biggest competition loses key players, the stars may be aligning for James to embark on yet another celestial climb.

Despite being all but out of the running for his fifth regular season MVP award, James and the Lakers are one of the favorites to win the 2021 NBA Finals, which would net LeBron his fifth championship and edge him even closer to Michael Jordan’s famed six championships.