LeBron James and the Miami Heat are Coming Soon 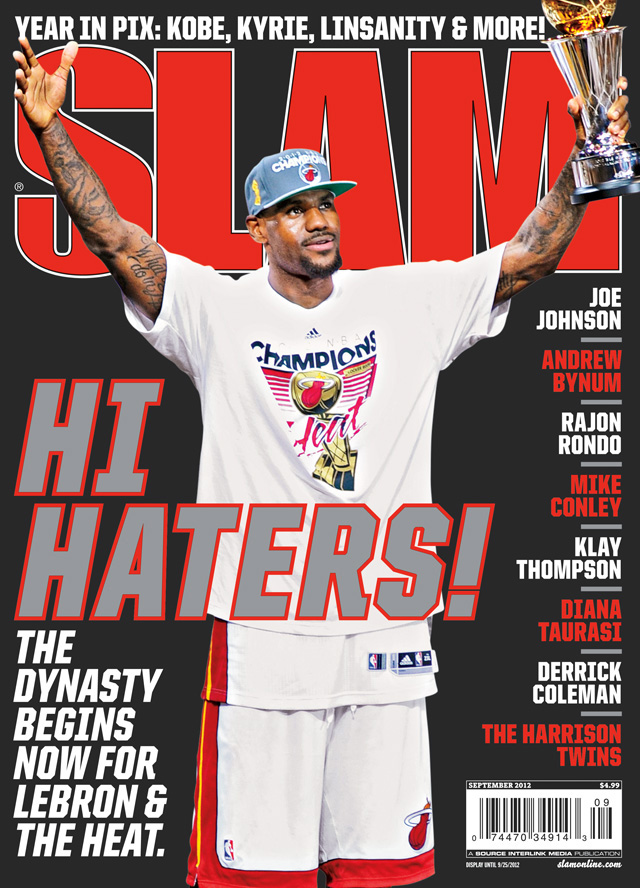 Our tradition of not unveiling our new covers until they are actually on newsstands is not likely to change much in the future, but the SLAM 161 cover just doesn’t make sense to keep under wraps any longer.

No debate was needed whatsoever—when the Miami Heat won the 2012 NBA Championship, they earned themselves a spot on the cover of SLAM 161. And of all the great stories the team produced, there was none better than LeBron James finally winning that first ring; when it was time to pick an image for the mag’s front page, our focus moved right in the direction of the most compelling athlete on the planet. We’ll have a more comprehensive preview up next week, but until then, check out the cover of our next ish below.