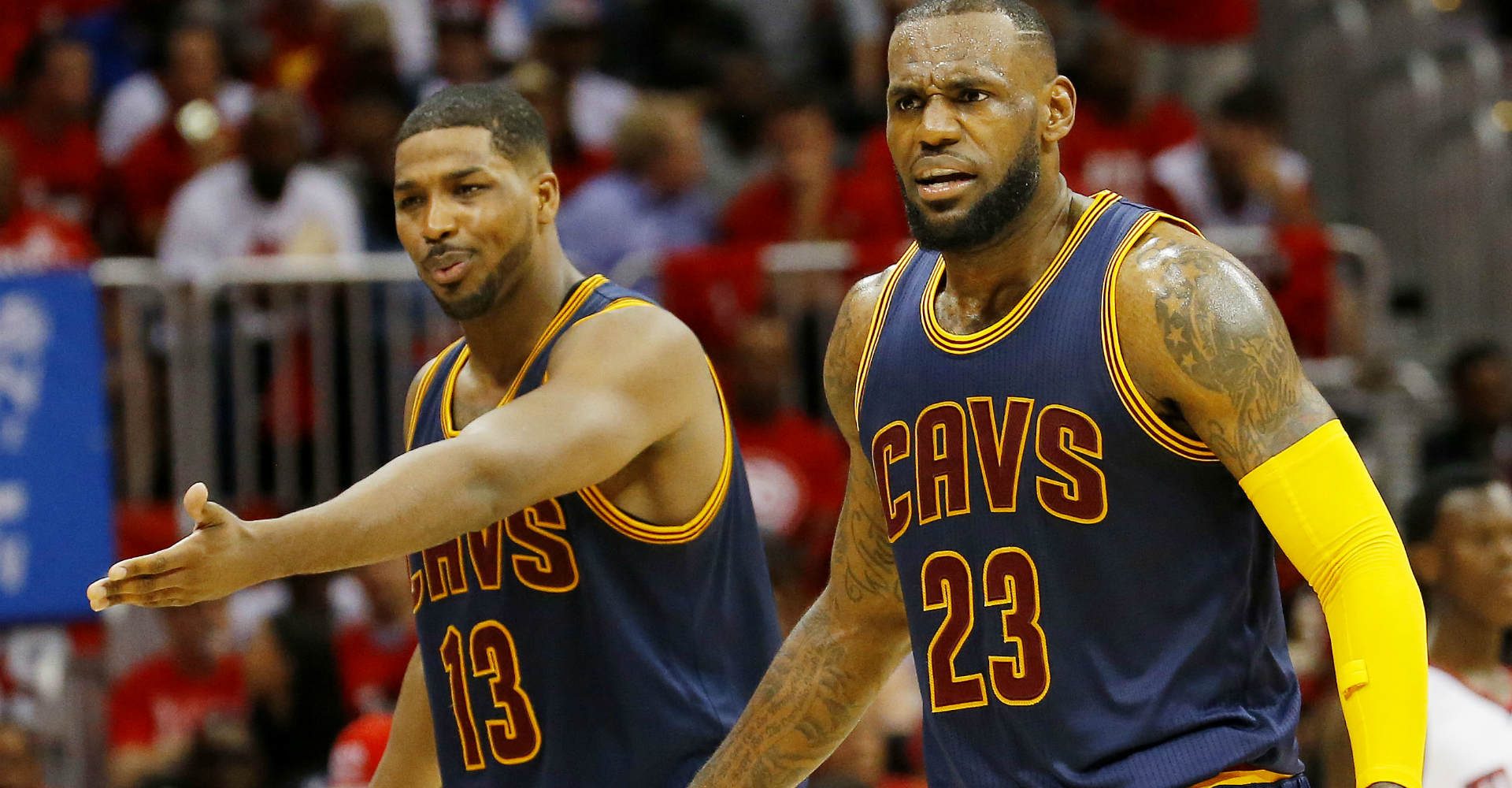 Aside from declaring that the Cleveland Cavaliers need to resolve the Tristan Thompson contractual situation, LeBron James has tried to stay out of the negotiations between his teammate and employer.

James, who shares representation with the big guy, says he will no longer comment on the stalled talks (though, you can be sure, reporters won’t leave him alone about it.)

For what it’s worth, LeBron seems to believe that a long-term solution will eventually be found between Thompson and the Cavs.

James cut short a question about Thompson following Tuesday’s first practice and reiterated what he said on Monday. […] “I’ve already addressed it,” James said. “I probably won’t address it again too much more. I’m optimistic both sides will get something done and he’ll be here sooner than later.”

James and Thompson share an agent in Rich Paul. Thompson was a no-show at the open of camp Tuesday because of a contract dispute that has dragged on for months. General Manager David Griffin said Tuesday there was no real update on the situation. Coach David Blatt said Thompson isn’t missing much — yet. As for when Thompson’s absence will start to hurt preparations, Blatt didn’t want to get specific.

“I’d rather not think about the bad end of the expectation,” he said. “I’m just hoping to see him here sooner than later, that’s all.”