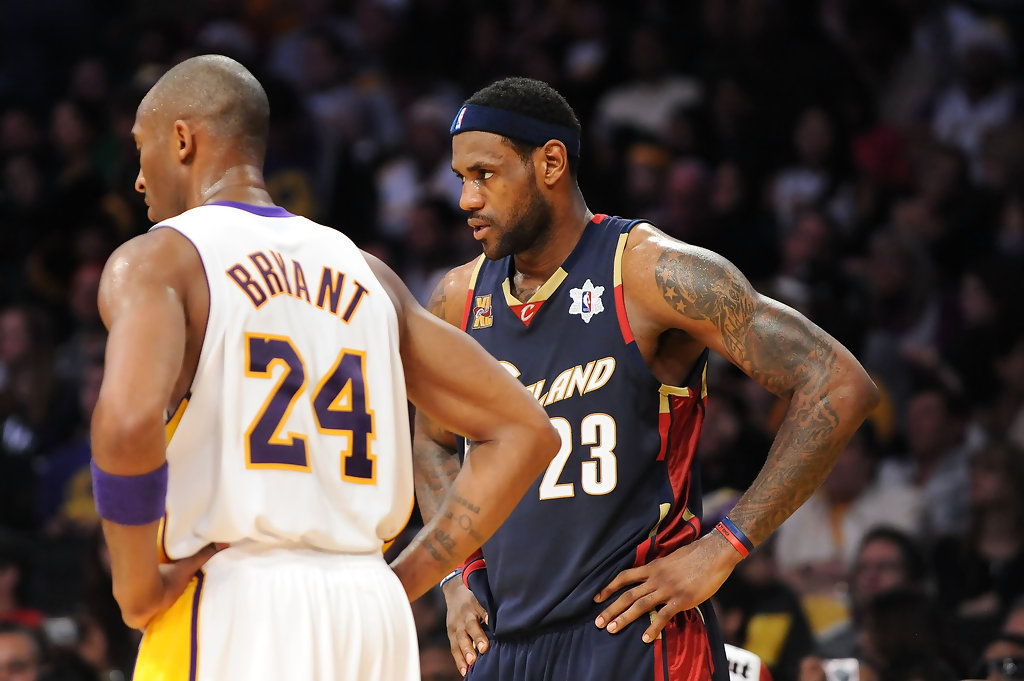 And LeBron blames himself for not holding up his end of the bargain in 2009, when it looked like the L’s two most transcendent stars since Michael Jordan walked away would battle for all the marbles in the Finals.

James is sad that Kobe is calling it quits—LBJ hung a KB poster in his bedroom as a kid—and says he’s learned quite a bit from The Black Mamba over the years.

And now it never will. Bryant announced his retirement this week while the Los Angeles Lakers are struggling through another miserable season. James took a day to collect his thoughts before delivering a powerful 15-minute tribute to Bryant on Tuesday, the future Hall of Famer whose posters hung on James’ wall as a kid. […] “I mean, in high school I wore a nappy-ass afro because of Kobe Bryant. Because he wore it,” James said. “I wanted to be just like him.”

James first met Bryant when he was 15 years old and attending an ABCD camp. Bryant later gave him a pair of his Nikes to wear against Oak Hill Academy and Carmelo Anthony. […] “Just being a competitor, he took me to that next level, and understanding how important competition is and just have a willingness to never die,” James said. “You may lose a game, but you’re always going to win every battle or win the war. You get that all from Kobe, just competing against him every year.”