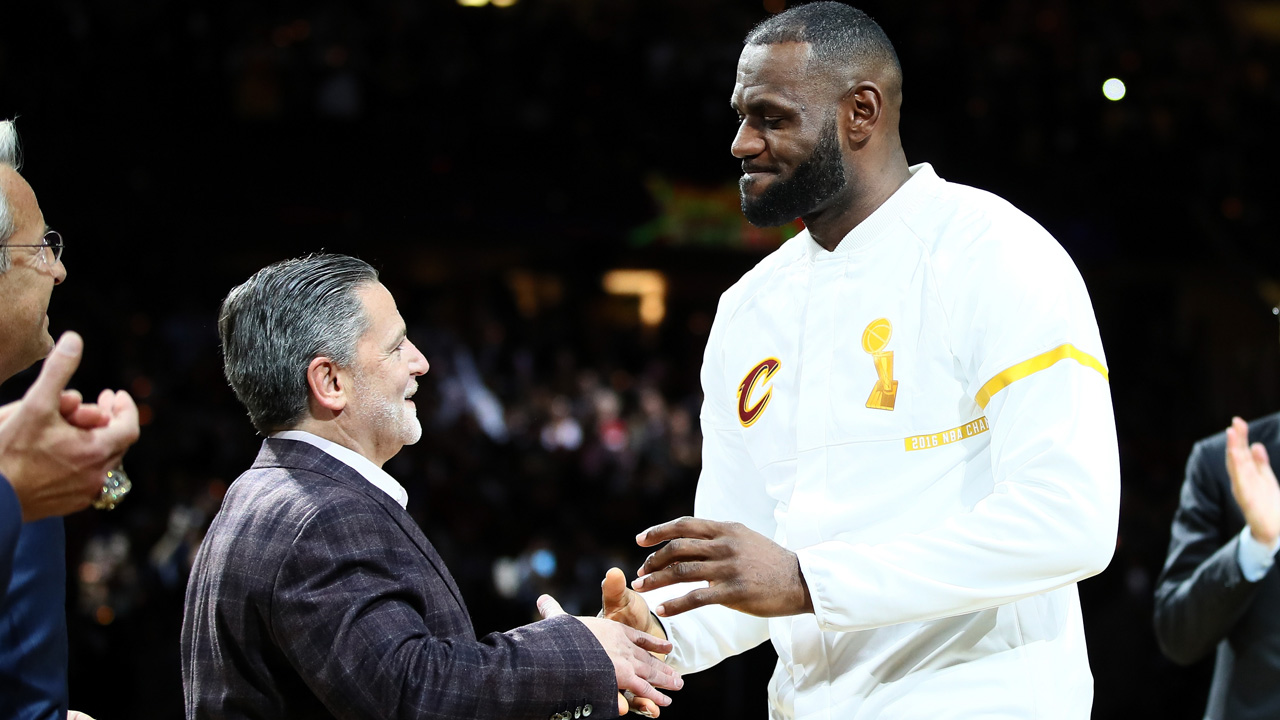 LeBron James reportedly tried to get the Cavaliers and Pistons to swap ownership before he re-joined the Cavs in 2014.

Referencing a source with “firsthand” knowledge of the situation, Dan Patrick revealed that LeBron proposed an ownership swap because he didn’t want to play for Dan Gilbert.

“I heard a story last night, and it’s been published before, but I got to hear it from somebody who knows firsthand about this.

“You were going to have Tom Izzo coaching. Izzo, friends with the guys who own the Pistons. They were then going to take over the Cavaliers. Dan Gilbert, who’s a Michigan guy, would get to then own the Pistons.

“And LeBron would then be able to play in Cleveland for the ownership of the Pistons as opposed to Dan [Gilbert].”

In case you were wondering, it is possible for NBA franchises to switch ownership.

Back in 1978, a franchise swap of the Celtics and Clippers was approved by the NBA’s Board of Governors by a 21-1 vote.