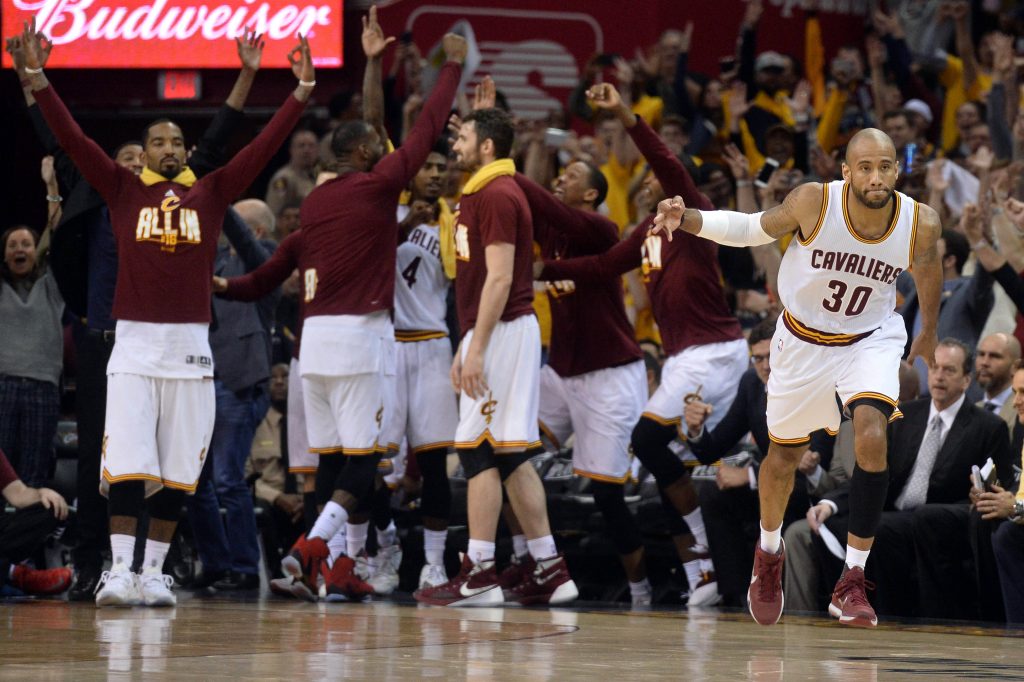 The NBA suspended Dahntay Jones for Game 4 of the Eastern Conference Finals, but the little-used reserve doesn’t have to worry about forking over any fine money since LeBron James vowed to pay the penalty.

Jones, who joined the Cavs with just one game left in the regular season, is getting paid roughly $8,800 per game.

James refused to give his opinion on the groin-striking controversies embroiling both his teammate and Draymond Green.

Jones struck (Bismack) Biyombo in a sensitive area with 17.6 seconds remaining in Cleveland’s 99-84 loss Saturday night. He was suspended by the NBA “without pay” for tonight’s Game 4, and the fine is equal to 1/110th of Jones’ 2015-16 salary.

Jones told multiple reporters that his striking of Biyombo was unintentional and that he didn’t know what happened until after the fact. […] James said he would “take care” of Jones’ fine, though at the time he didn’t know the dollar amount. He’ll probably be able to find that $80 somewhere. Jones laughed and said James was “just a great guy, anyway.”

James was asked his opinion of a controversial play from Game 3 of the Golden State-Oklahoma City series Sunday night, in which the Warriors’ Draymond Green kicked the Thunder’s Steve Adams in the groin, and was also assessed a flagrant foul but not ejected. […] “I have not opinion on it,” James said. “(The NBA) didn’t ask me my opinion on Dahntay’s play so they definitely don’t want to hear my opinion on Draymond, so it doesn’t matter.”