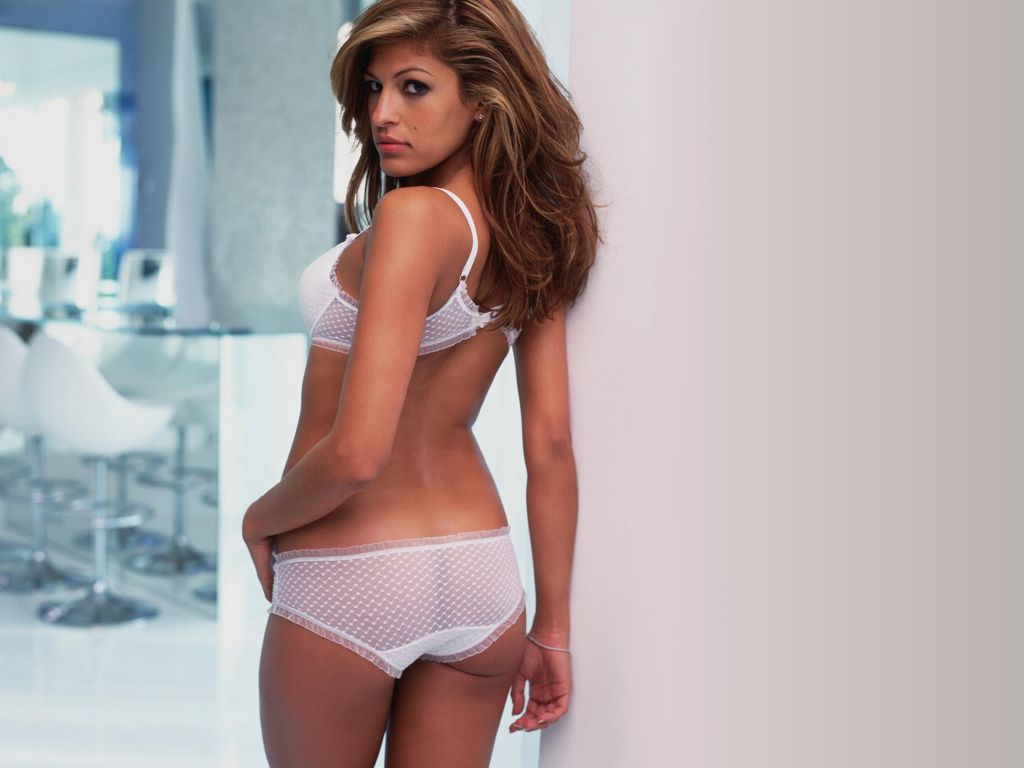 So has anything else happened basketball-wise today that we missed out on? I don’t think so. So, in order to foster conversation and discussion, let’s go with this…

Not a simple question. I asked Tyrone for a few minutes to come up with an answer, and as we discussed the differences between a qualifying offer and a restricted free agent, I feverishly worked google to find the Maxim Hot 100. Which I did. And at the end of the segment, I gave my answer: Eva Mendes.

1. If I can no longer watch sports, that means I’m out of a job. So I’m going to need a woman with a little bit of money. I figure Angelina Jolie must have a ton of money, but she’s also got about 17 kids, which isn’t really a situation I want to be in right now. I also figured Jennifer Aniston must have a lot of cash, but she’s kind of a butterface and Brad Pitt must’ve left her for some reason.

2. Eva Mendes has been in plenty of movies, so she’s got cash. She’s also got endorsement deals (Calvin Klein, etc). So maybe not Olson Twins cash, but compared to, say, me, Eva must have bank.

3. Eva has never been married nor had kids, so there’s no drama there to worry about.

4. I have seen her in person twice (once at a Knicks game, once at a party) and I know there’s no Photoshop trickery going on.

5. She went to rehab, which must mean either she likes to have fun. That’s gotta be a good thing, right? Or maybe she liked to have fun and now she’s cleaned up her act.

6. She’s not overly famous, meaning she could probably put on a hat and go to the mall or Waffle House or whatever.

Tyrone said that most callers were selecting either Megan Fox or Rachel McAdams (the thinking with McAdams being she’s not overly famous either). Megan Fox is hot, but she’s got too many bad tattoos for my liking, and she lives with David Silver from 90210, and she’s really only been in Michael Bay movies, so she’s probably not rich just yet.

Anyway, let’s open the floor on this one. Who you with?