Links: A Quick Word About Baseball… 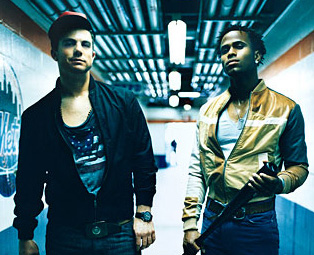 This has been a strange baseball season for me. As most of you know, I’m an Atlanta Braves fan. For reasons that will one day make sense, I spent the first few months of this season obsessively watching the Braves. It was partly because I was burned out on basketball, but more so because I really love the Braves.

The first team I ever liked in any sport was the Braves. Growing up in Atlanta, we didn’t have many sports franchises worth rooting for. The Falcons have never had back-to-back winning seasons in the history of their franchise. Think about that. The Hawks were pretty good for stretches during the ’80s and ’90s, but even when they were winning, we knew there was no way they were actually a championship-caliber team. (That’s why I sort of identified with the Warriors fans during the Playoffs a few months ago. They knocked off the Mavericks in the first round, which was fun to watch and exciting for casual fans, but I think now we can all admit that in our heart of hearts we all suspected they wouldn’t be able to keep up that pace long enough to win a title. And they didn’t. Fun while it lasted, though.)

This left those of us in The ATL with the Braves, who went from worst to first in 1991, setting off a string of 14 consecutive Division titles. That’s a lot of winning. What made it so much fun, however, was that the Braves had a very real shot at winning a championship every year. Out of those 14 postseason appearances, they managed to win one World Series. Would it have been great if they won more titles? Of course. But they didn’t, and I’m happy to have the one we did have. Since I’ve been alive, that 1995 World Series is the only time a team I rooted for, in any sport, has won a championship. And it felt great.

The last few seasons, things have been different with the Braves. The team went up for sale, and while Time Warner tried to offload the Braves, they weren’t allowed to spend any money, which meant we went from having a bunch of great players to having a couple of great players and a lot of minor leaguers who probably weren’t quite ready for the majors. That was fun and all, seeing these young guys hustling and sprinting around out there, but ultimately they weren’t good enough to be champions.

This year, things got even weirder:

In a way, all those tiny disasters are what makes sports fun. A key player goes down and you hope and you pray your team can somehow figure out a way to compensate for the loss. For instance, when Chipper got hurt, the Braves called up Yunel Escobar, who a few years ago escaped from Cuba on a raft. He met the team in Chicago and immediately started hitting and improbably gunning guys out on grounders. Yunie’s been a electric enough that there’s talk of trading Renteria and nobody seems to mind.

Despite the litany of bizarre occurances, the Braves hung in there. Los Mets began the season hot and built a big lead. It didn’t matter that they have the third-highest payroll in all of baseball, we were supposed to compete with them. So we tried. Young Jeff Francoeur stopped swinging at every pitch and ended up leading the team in RBIs and leading the majors in outfield put-outs. The starting pitching situation became so desperate that the Braves called up a 29-year-old career minor leaguer named Buddy Carlysle, gave him a spot start and sent him back down. As Carlyle was driving back to the Braves’ AAA team in Richmond, Virginia, someone else got hurt. The Braves called Carlysle on his cellphone, and he literally did a U-turn somewhere along I-85 and came right back to join the starting rotation. We basically didn’t have a first baseman for months, but then we traded for Mark Teixiera, and dude can simply rake — in 50 games with the Braves he has 15 HRs and 52 RBIs.

Anyway, all that drama, all that worry, and we were still alive. Until last night. If the Braves had been able to beat the Phillies last night, they’d have been 2 games out of the wild card with 4 games to play. But we lost, and now we’re four games out with 4 games to play. I guess technically we’re still alive, but it doesn’t really feel like it, not to me, at least.

“The Braves are so pathetic they are beneath my contempt these days, but that’s Lang’s problem not mine.”

Sam was likely employing hyperbole, but there’s an undercurrent of truth to his comment. Mets fans despise the Braves. Hey, if my team finished behind another team for 14 years in a row, I’d probably have some issues myself.
But here’s where sports turn fun again: The Mets can’t win a game to save their lives right now (they’ve lost 3 straight and 6 of their last 10) and the second-place Phillies are breathing down their necks, just one game out of first place. If the Phillies catch the Mets, the Mets aren’t guaranteed to win the wild card. So the Mets need the Phillies to lose.

And guess who plays the Phillies tonight?

And you know what? For the first time in forever, part of me really hopes the Braves lose. I hope Bobby Cox lets Andruw Jones be our starting pitcher and puts all three of the catchers on our roster in the outfield and starts our obese bench coach Chino Cadahia at shortstop. I’ve listened to an entire summer’s worth of talk about how amazing David Wright and Jose Reyes are. The Mets have been nothing but spiteful toward the Braves for over a decade, and now they want our help? Well, no thanks.

But then I thought more about it. I have nothing against the Mets, and I honestly don’t care if they win or lose this division. I just want the Braves to win as many games as they can. So forget that blip of negativity. I hope the Braves win tonight. We’ve got our best pitcher, John Smoltz, on the mound. So go Braves.

Oh…and a few minutes ago, as I was walking out to grab a sandwich for lunch, I stopped by the SLAM advertising office and found four Mets fans sitting around, shaking their heads and wringing their hands. I had to remind them that their team is actually in first place. Sam was in there and he was particularly vitriolic toward me and the Braves, insulting Andruw Jones, asking me why I was in that office, etc.

And suddenly I remembered once again why I hate the Mets.