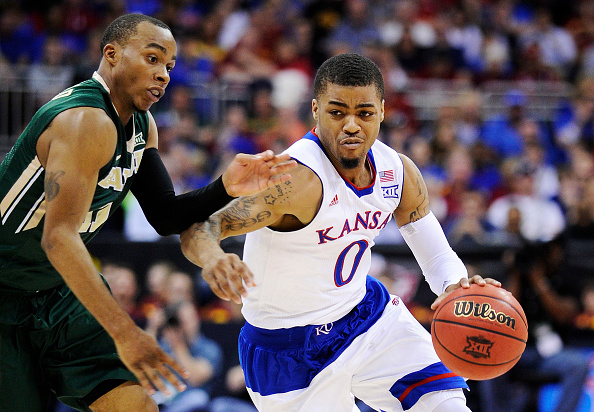 The field for the 2015 Maui Invitational was announced Tuesday, and it is stacked. The two headliners are the Kansas Jayhawks and the Indiana Hoosiers, but the field beyond those two is loaded, as it features UCLA, UNLV, Vanderbilt, St. John’s, Wake Forest, and of course, host Chaminade. The Hoosiers and the Jayhawks are on opposite sides of the bracket, so there is a good chance that the two sides could meet up in the tournament’s championship game. All games will be on ESPN, ESPN2 and ESPNU, and the tournament will go from November 23-25.

It’s no mystery what potential title game Maui Invitational organizers wanted to create when they designed this year’s bracket.

They were trying to set up a championship clash between Kansas and Indiana when they placed the two blue bloods on opposite sides of the draw.

The Maui Invitational bracket released Tuesday has the reigning Big 12 champion Jayhawks pitted against host Chaminade in the opening round of the tournament. Assuming Kansas avoids an upset of monumental proportions, it would meet the winner of UCLA-UNLV in the semifinals.

Indiana will open against Wake Forest on its side of the bracket. The winner of that game will likely meet a much-improved Vanderbilt team that finished last season on a hot streak unless the Commodores fail to get past rebuilding St. John’s in the opening round.

A Kansas-Indiana matchup would be an appealing one given that both teams will likely begin next season ranked in the top 15 in the nation.