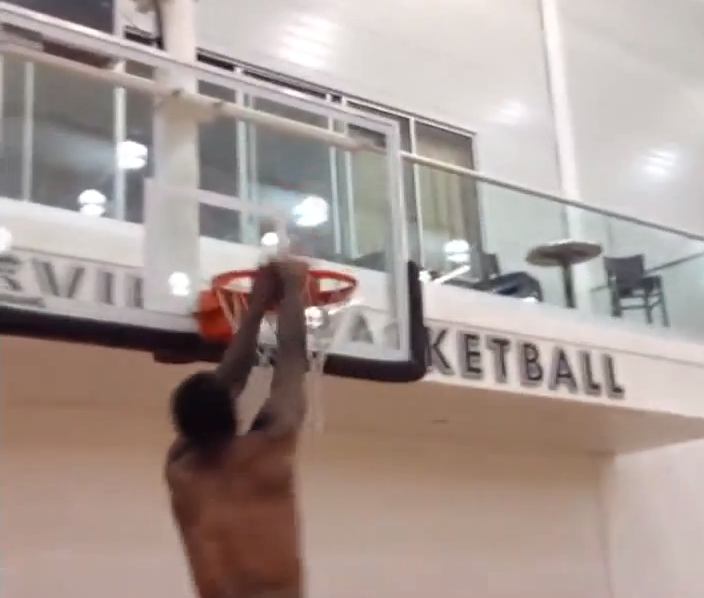 Kevin Ware, the Louisville guard who suffered a gruesome leg injury during the NCAA tournament last March, is dunking during practice.

Ware fell awkwardly during the team’s Elite Eight matchup against Duke, which caused a compound fracture in his right leg and led to the bone sticking out of his leg (WARNING: video NSFW).

Prior to is injury, Ware was averaging 4.5 points and 1.8 rebounds in 16.6 minutes per game for the eventual National Champions. He was also the team’s top three point shooter, knocking down 40.5 percent of his shots from behind the arc.

On Monday, teammate Chris Jones posted a video to his Instagram account showing Ware dunking during a practice session with other Louisville players.

As for Ware’s future, it appears that the rising junior guard will be able to play during the team’s 2013-14 campaign. Ware had said that he plans on making a full recovery, and according to a tweet from Kenny Kline, the Senior Associate Athletic Director for Media Relations at Louisville, Ware will be ready to go in about a month.