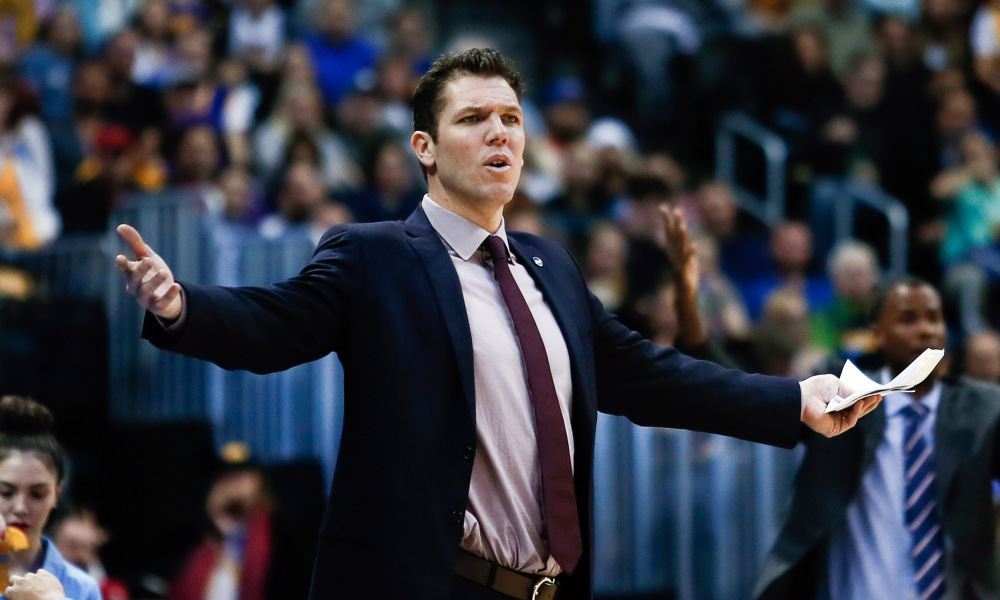 Not to worry, Luke: the Purple and Gold will be picking second overall in the NBA Draft this summer.

Lakers GM Mitch Kupchak was relieved by the news, and says the team is in a much better spot than they were a year ago.

The Lakers would have lost their top-three protected pick had two teams passed them in the 14-team lottery. There was a 44.2% chance that would happen.

The typically stoic Kupchak even managed a grin afterward. It certainly beat chagrin, in his mind. […] The lottery provided “drama that really, at this stage of my life, is unnecessary,” the 61-year-old Kupchak said.

Their first-round pick in the 2017 draft will again be top-three protected, not that Kupchak wanted to be reminded of it. […] “I don’t want to be here next year,” he said, repeating it for emphasis.