Magic Johnson Wants to ‘Call the Shots’ for Lakers 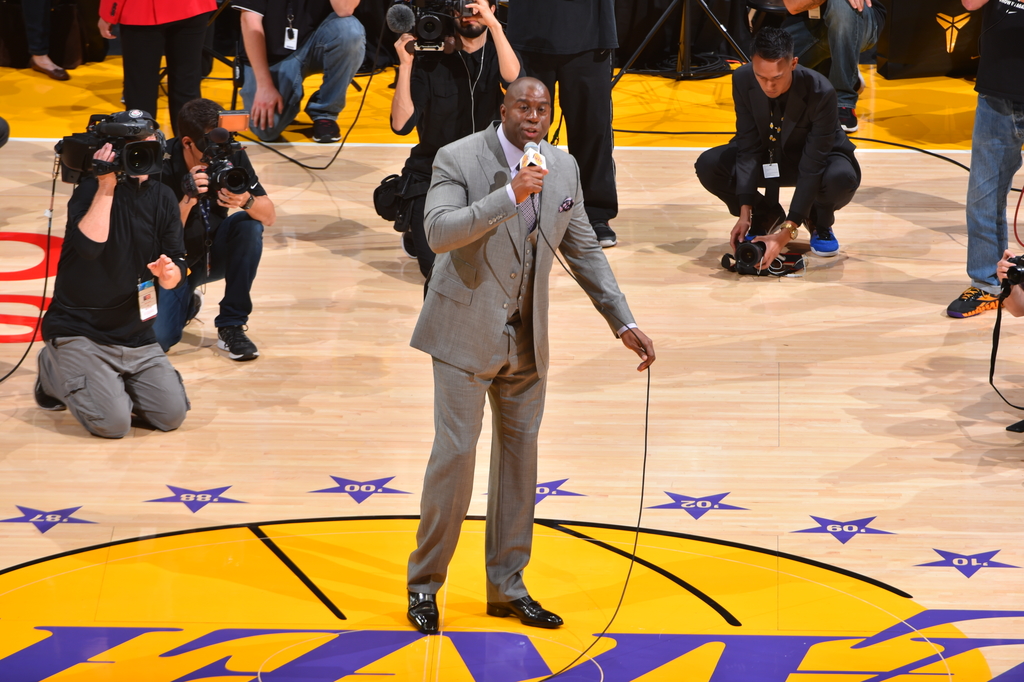 Jeanie Buss recently brought Magic Johnson back into Laker Land, and the Hall of Famer wants to eventually “call the shots” for the Purple and Gold.

Could a power struggle with Jim Buss and GM Mitch Kupchak be brewing?

Johnson, who thinks it’ll take an additional two-to-three years to turn the franchise around, is boning up on the nuances of the collective bargaining agreement and salary cap:

“Working to call the shots, because it only works that way,” Johnson told USA TODAY Sports when asked what he hopes his role with the franchise will be. “Right now I’m advising. I get that. But at the end of the day, then we all got to come together and somebody’s got to say, ‘I’m making the final call,’ all right? And who’s that going to be?

“It’s going to take time and we know that,” said Johnson, the Hall-of-Famer who played for the Lakers from 1979-91 and played 32 games during the 1995-96 season. “I’m not going to fool nobody and I don’t want the fan base to think, ‘Oh, I’m back, so it’s going to turn around tomorrow.’ It doesn’t work like that. […] You have to make some good decisions, you have to make sure we use the money wisely when we have it for free agents and then we’re going to draft well.”

Related
Magic Johnson: Lakers a ‘Superstar Away’ From Competing With Warriors, Spurs