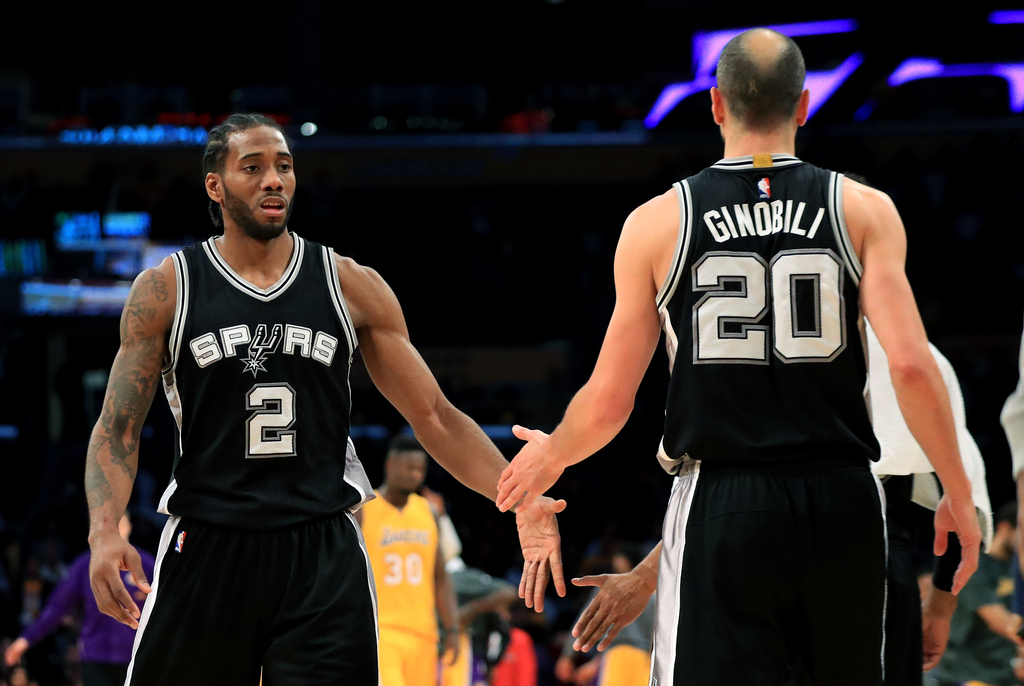 There’s no doubt in San Antonio who The Man is: Kawhi Leonard is the Spurs’ unquestioned leader.

Manu Ginobili says Kawhi has accepted the responsibility that comes with the franchise player tag.

Gregg Popovich calls the selection of Leonard with the 15th pick in the 2011 NBA Draft—which meant trading away George Hill—the most difficult decision of his career.

Gregg Popovich (head coach, Spurs): “The toughest in whatever, 20, whatever years I’ve been coaching here as a head coach. It’s not even close. We were scared to death sitting in the room. I think it was the 15th pick, if I remember, and when we got to 11, 12, 13. Danny Ferry, our CEO, and I were looking at each other saying, ‘Are we really going to do this?’

“[Hill] was one of my favorite players. He was important to us, but we needed to get bigger. … So in the end, we said we’re going to roll the bones and we’re going to do it, but I can’t tell that at that point we knew that Kawhi was going to be what he is today. That would be an exaggeration.”

Mike Budenholzer (former Spurs assistant coach): “I would say it’s a little bit of a funny story. … I just think he wasn’t real impressive during his lockout workouts. The guys would get organized and they would work out together on their own and then when the lockout ends, you kind of get a little bit of feedback like, ‘How is this guy doing? How’s that guy doing?’

“It’s a great story now, because Kawhi is obviously f–king kicking ass and a hell of a player. But I will say there were not a lot of people that were real impressed with him in those workouts.”