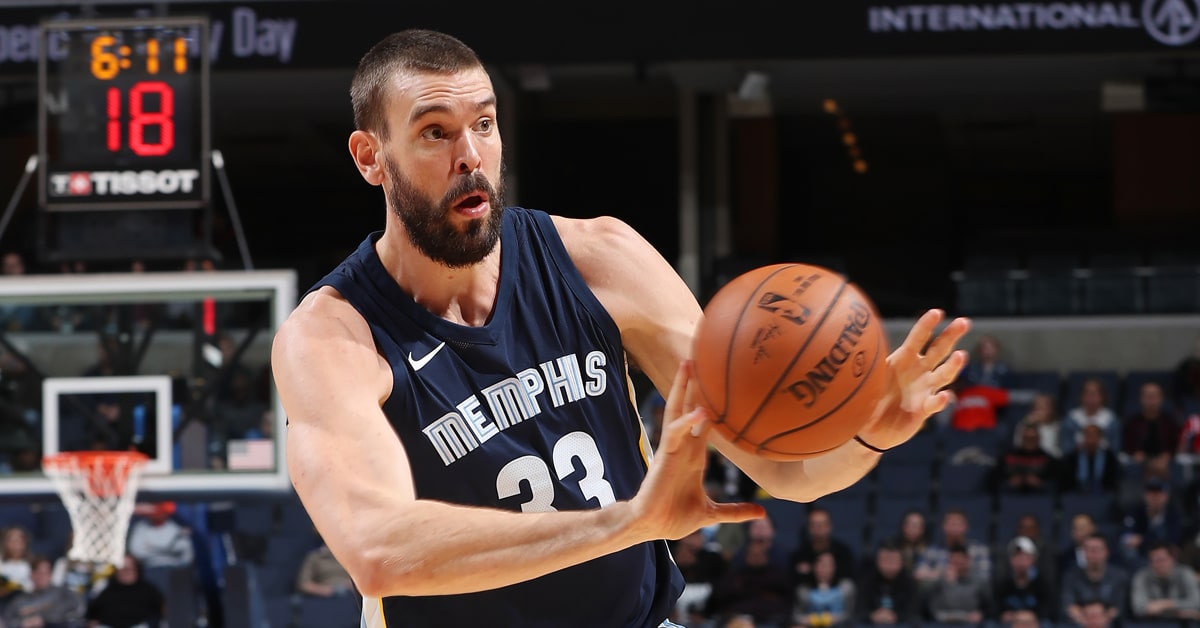 Marc Gasol says he would accept a trade from the Memphis Grizzlies.

In a story by ESPN’s Zach Lowe, Gasol revealed that he would accept a deal “if they (the Grizzlies) think it is best.”

On the Grizzlies, League Pass darlings for so long, finally staring into the abyss: https://t.co/hpwQ1suxF4

If the team came to him with a trade, Gasol would accept it. “If they think it is best, I would do anything for this franchise,” Gasol says.

Wallace and other higher-ups are adamant that is unlikely, even as the losses mount.

That seems stubborn, and there is almost certainly a scenario — perhaps Conley getting reinjured, or taking longer than expected to return — where Memphis tests the market.

RELATED:
Grizzlies GM: ‘We Have No Intention to Trade Marc [Gasol]’