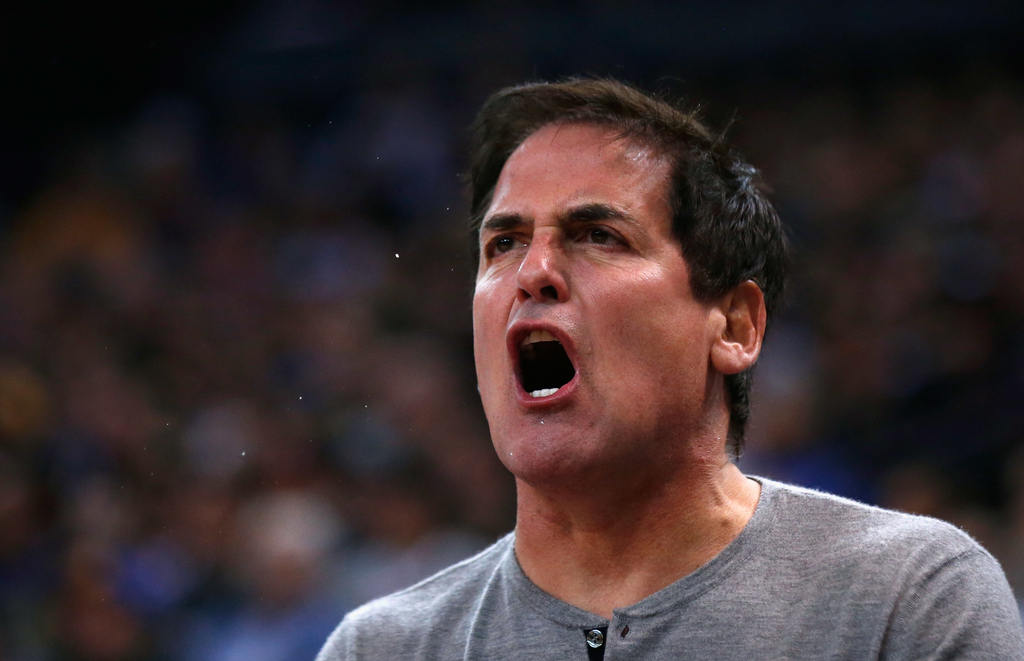 UPDATE: In an email to The Associated Press, Mark Cuban revealed that he removed the credentials in order to bring attention to the fact that automated coverage of sports is beginning to replace human-generated content. Here’s more from the Mavericks’ owner:

Maybe I will be wrong but I see a direct path from the trends in coverage of games we are seeing over the last couple years to the automation of reporting on games and the curation of related content. This isn’t a knock on wire services or their reporters. They are valued and valuable in sports coverage.

While it may seem counterintuitive to ban someone from covering us as a way of stopping automation, it really was my only option. As is evident by the AP partnership with Automated Insights, it’s not if but when.

They’re allowed into the building for Mavs games, but only as paying customers.

The NBA says it’s looking into the matter.

Cuban didn’t give reasons for Stein & McMahon media ban: “They’re not banned from the building. They can still buy a ticket.” #ESPN #NBA

NBA league spokesman Michael Bass: “We are in communication with both #ESPN and Mark Cuban about this matter.” #Mavs

“It’s between us and ESPN,” Cuban said.

Tim MacMahon has covered the Mavericks primarily for several years but has spent more time in other cities this season. (Marc) Stein joined ESPN as a national NBA writer in 2000 after previously covering the Mavericks for The Dallas Morning News. Both reporters are based in Dallas.

ESPN spokesman Josh Krulewitz said the network is “committed to thoroughly covering the Mavs and the NBA.”