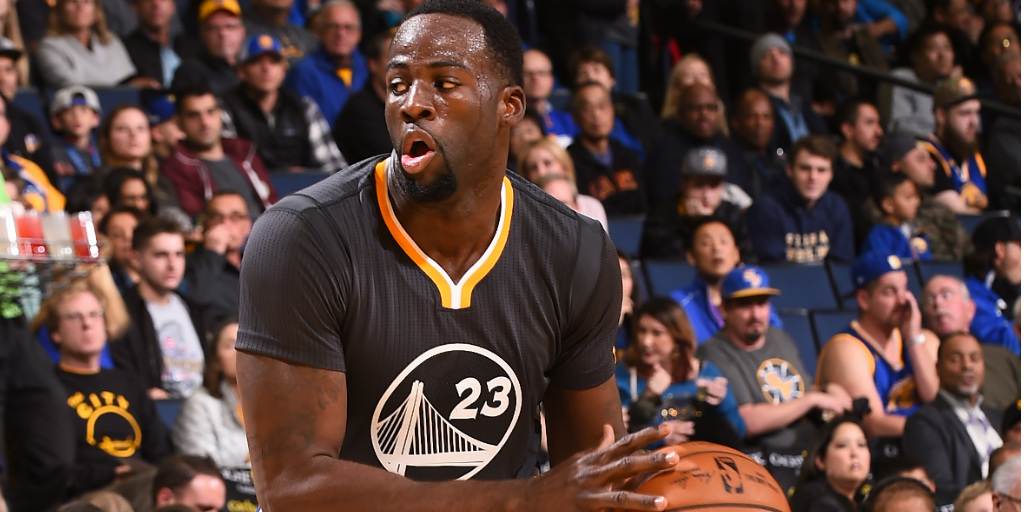 Marquese Chriss became the latest victim of Draymond Green’s chronic kicking habit last Saturday, and wants the NBA to do something about it.

Chriss’s right pinky finger swelled up from the kick, but says he’s moved on.

Green was not so benevolent when the two faced off on a wing Saturday.

Green kicked his leg in the air and his foot caught Chriss’ right pinky to where Chriss had to run to head athletic trainer Aaron Nelson to set it.

“It’s kind of funny that it happens so much,” Chriss said of Green’s kicks, like Thursday’s boot to James Harden’s head. “I was frustrated at the time but just move on from it. It happens. It’s easy to avoid. In hindsight, you don’t have to kick your leg up in the air as frequently as it’s happening. It’s just something that needs to be addressed.”

Related
NBA Says It’s Not Targeting Draymond Green’s Kicking, ‘Rules Have to Be Applied to Every Player the Same’