Behind The Mask (REVIEW)

In the new media age, viewers are taken inside locker rooms, into the huddle, and players are even mic’d on the court. But one aspect of the sporting experience has remained shrouded in secrecy…the mascots. They never utter a word, but their gestures, actions and antics speak volumes. They work tirelessly every home game and many of them will outlast most of the players on the teams they support.

But who are these people? What drives them to do the thrilling stunts or crazed hijinks? Hulu’s new 10-episode docu-series Behind The Mask, follows the lives of four different mascots from varying levels: Bango of the Milwaukee Bucks, Tux of the Wilkes-Barre/Scranton Penguins minor league hockey team, Hey Reb! from the University of Las Vegas and Rooty the Cedar Tree from Lebanon High School in Pennsylvania.

SLAM spoke with Kevin Vanderkolk the man behind the Bucks mascot Bango for the last 13 seasons, and Jon “Jersey” Goldman, who turns into the Runnin’ Rebel, Hey Reb—to explain why it’s not a costume, but a calling.

SLAM: How did you guys get into being mascots?

Goldman/Hey Reb!: I’ve actually been 42 mascots in 11 years. When I was applying to universities, I was specifically applying to be the mascot, once I found out in that you can potentially get a full ride scholarship. In 2007 I started at UNLV and for the past six years, I have received a scholarship and performed as Hey Reb! and this year in the show, you’ll see my senior year and hopefully I’ll graduate.

SLAM: What’s next for you after you graduate?

Goldman/Hey Reb!: I’d like to tell you that I know, but I have no idea brother. I might end up with a different head on my head, or I might end up behind a desk. At the end of the day I’m just looking at today and hopeful for tomorrow.

SLAM: What was it like for you the first time you wore that suit?

Vanderkolk/Bango: The first time for me was fascinating. It was just an instant rush, like I got a big adrenaline kick from it. Everything just got more exciting, you felt like you were a part of it. It was crazy how people would respond to you and the little things people were watching and you actually created moments and created reaction. I felt that the moment that I first put on the costume, just the way people look at you and respond to you is pretty powerful.

Goldman/Hey Reb!: It was smelly the first time I put it on! It felt like it hadn’t been washed forever. So I definitely made sure to get money to buy a new suit. But it was crazy, the atmosphere in college sports—and I’m sure Kevin would say the same thing about the pros—especially when your basketball team goes to the NCAA Tournament every year. So to have an arena that holds 18,000 people for a college in Vegas, which has no pro teams, the atmosphere can get a little crazy. I wouldn’t say I was nervous because at the end of the day you’re a different character so you just got to have fun the whole way no matter what, but it was definitely nerve racking.

SLAM: When you look at a mascot like the Raptor who goes down with an injury that sidelines him for the whole season. Does it make you rethink your mascot mortality?

Vanderkolk/Bango: I feel terrible for the Raptor, I talked to him a couple of days after. We’re a pretty close-knit group and the risk of getting injured is definitely a big part of the job, and it’s something you have to fight through. It’s something that comes with the job and if you have heart and you have passion, you learn to overcome those things and work through them.

SLAM: You did a variety of sports at UNLV, which fans were the best?

Jersey/Hey Reb!: Basketball beyond any measurability. The fans at a basketball game are insane. We’re a town that has no pro teams whatsoever, the closest we get to pro is the NBA Summer League when they come into town, and occasionally we’ll get some pre-season games. But the desire for Runnin’ Rebel basketball is insane, especially, with Anthony Bennett going No. 1 overall in the Draft this past year. Basketball is the rowdiest beyond anything, if you’ve never been to a Rebel game, you should come through. That is the first thing you should do if you ever come to Las Vegas.

Vanderkolk/Bango: To be honest with you, I wasn’t the first person to ever do it. It wasn’t my brainchild, but it was one of those things, when I watched it for the first time, it immediately went on my bucket list. It was something that I had to do and wanted to do and it was definitely an inspiring stunt for me.

That was a stepping-stone for me to push the stunts to the next level. I think the following year, there was obviously a lot of pressure, “OK what is he going to do next? What’s he going to do to top that?” To do a rollerblade dunk off of a giant slingshot, a lot of mascots have done it, but I decided to add a backflip. That was my big stunt for that season and I think the following year, I was messing around with some giant hamster balls and found a way to jump on top of them and flip off of them and dunk the basketball. There’s definitely a lot of creative thought that goes into those stunts and trying to come up with the next big trick and if you watch the series in one of the episodes you’ll see that development and that mindset of what I put into it.

Behind The Mask premieres on Hulu on Tuesday, October 29. Images courtesy of Hulu. 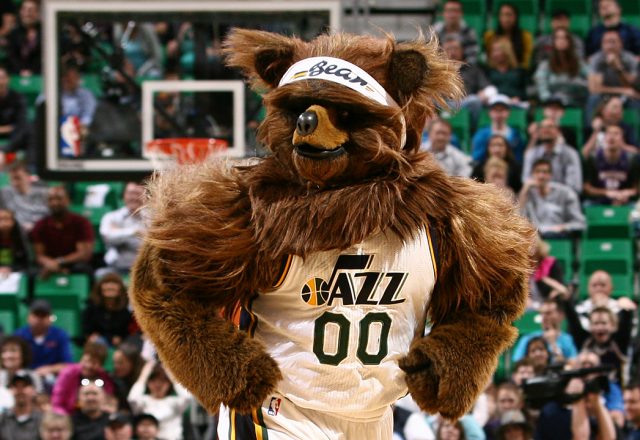 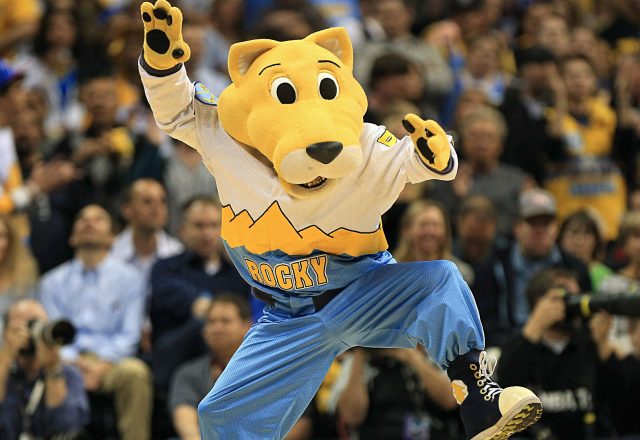 WATCH: Russell Westbrook is Still Beefing With Rocky the Mascot 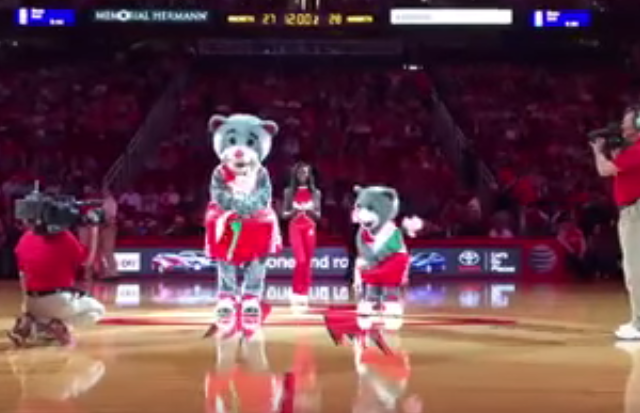 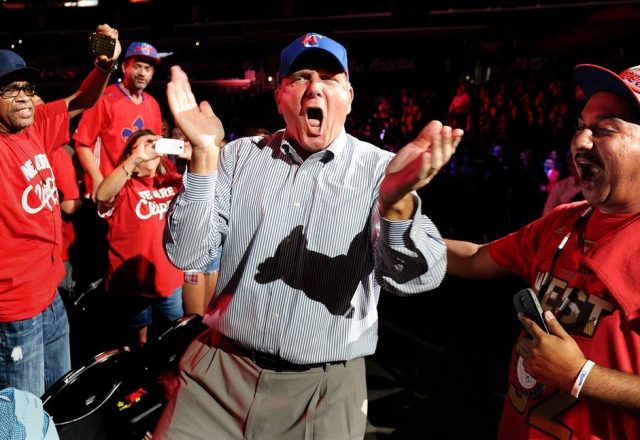 Report: LA Clippers May Get a Mascot Next Season