Mavs Give J.J. Barea an Extra $10 Million Because of DeAndre Jordan 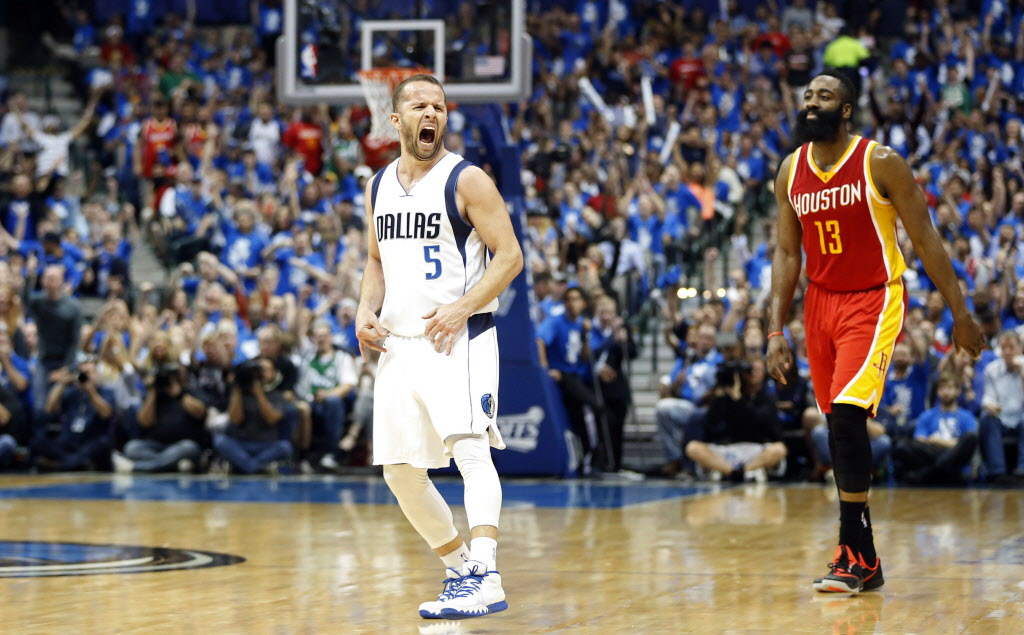 One of the few people in Dallas thrilled with DeAndre Jordan’s infamous change of heart is J.J. Barea.

The 31-year-old guard initially agreed to a two-year, $5.6 million deal to re-join the Mavericks. Thanks to a bump in the salary cap and money left over after Jordan re-signed with the LA Clippers, the Mavs threw an extra $10 million at Barea.

Barea has inked a four-year, $16 million contract with the Mavericks.

Barea signed a four-year, $16 million contract after spending last season with the Mavericks. He originally agreed to a two-year deal at less than $6 million, but Dallas had more money under the salary cap without the max contract of four years and $80 million for Jordan, who re-signed with the Los Angeles Clippers.

Barea, who has averaged 8.2 points and 3.4 assists during his nine-year career, isn’t the only Dallas player to benefit financially from Jordan’s reversal. Shooting guard Wesley Matthews will earn an extra $13 million over the course of his four-year contract because of Jordan’s decision. […] The Mavs agreed to pay Matthews as much as possible depending on whether Jordan chose Dallas. Matthews would have been paid $57 million over four years if Jordan had stuck to his commitment, but Matthews ended up signing a max contract worth $70 million.