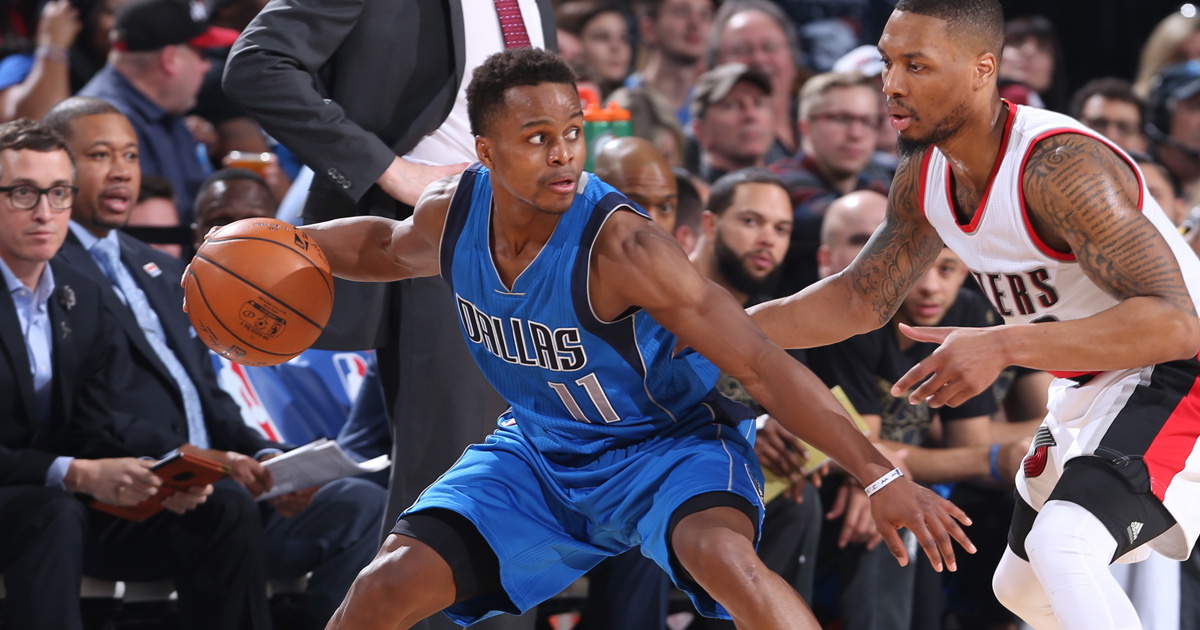 Yogi Ferrell will sign a two-year deal with the Dallas Mavericks when his 10-day contract expires next week.

Ferrell was called up from the D-League on January 28 and made a big splash right away, leading Dallas to a 4-0 week as the Mavs’ starting point guard.

Mavs GM Donnie Nelson heaped praise on Ferrell after the rookie exploded for 32 points (including 9 three-pointers) to carry the Mavs to a win on Friday.

“Coach did an unusually exceptional crash course, and that young man is a sponge,” Nelson said. “If there’s a guy that has his retention — within the last 19 years on this level — I can’t remember it.”

“That’s exactly how we scripted it, step in and start against two of the top three teams in the league,” Nelson said. “It’s just really kind of a special moment in time and he put himself in a great position.”