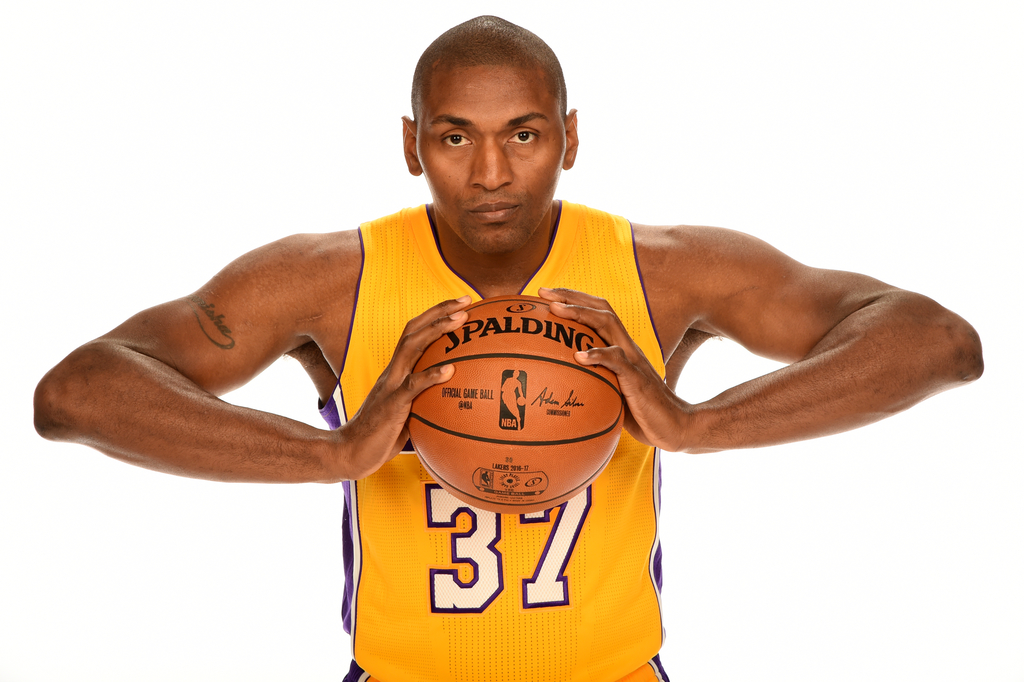 Going into his 17th NBA campaign, Metta World Peace says his goal is to make it to 20 seasons in pro hoops.

MWP, 36, re-upped with the Los Angeles Lakers on a training camp deal this summer.

Metta World Peace enters 18th year playing pro ball, 17th in NBA. Metta told me he hopes he can make it to 20. https://t.co/9hwbGPWpyf

The organization says it didn’t expect him to make the roster last year, but he proved them wrong.

“I want to finish off strong,” World Peace said. “It’s not about what it will mean to me. It’s about, ‘Can I get there?’”

First things first. World Peace must first prove he can survive several rounds of roster cuts before the NBA regular season starts in late October. […] “We didn’t expect him to make the team last year and he made it,” Lakers general manager Mitch Kupchak said. “The same thing can happen this year.”

This year, the Lakers acquired several other veterans, including Luol Deng and Jose Calderon. But with Deng sidelined for Friday’s 101-97 loss to the Denver Nuggets at Staples Center with a bruised left knee, Coach Luke Walton started World Peace at small forward instead of rookie forward Brandon Ingram. […] Walton said he “absolutely” considered starting Ingram before choosing otherwise to ensure the same bench rotation. Despite sitting World Peace in select portions of practice and in the Lakers’ preseason opener, Walton praised World Peace’s conditioning and veteran presence.