Miami Heat Owner Micky Arison: ‘We Are Not Done’ 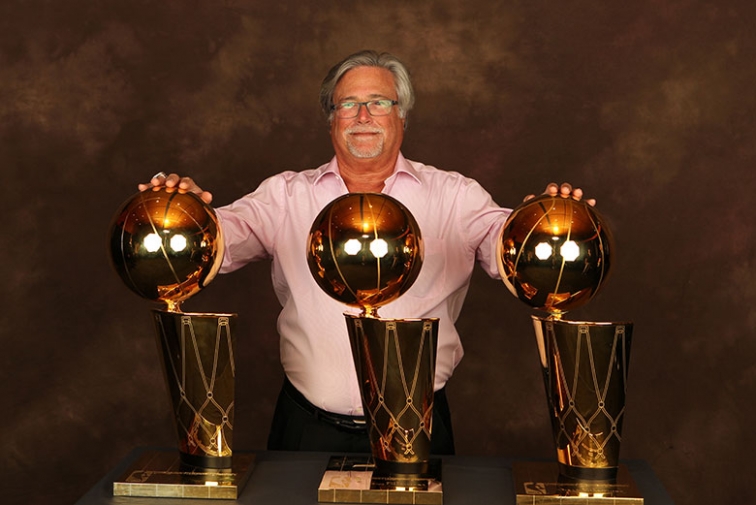 LeBron James’ departure this summer left a gaping, devastating hole in Miami for the Heat to fill. The franchise did its best to pick up the pieces, retaining Chris Bosh and mainstay Dwyane Wade, while adding a mix of NBA veterans and incoming youth. Team owner Micky Arison and president Pat Riley continue to re-assure their fanbase that the Heat are still an elite, championship-level squad. From the press release:

From blockbuster trades for Alonzo Mourning, Tim Hardaway and Shaquille O’Neal, to drafting Dwyane Wade, all of whom are future Hall of Famers, to executing the most significant free agency acquisitions in league history when we acquired Chris Bosh, LeBron James and Dwyane Wade, your Miami HEAT have established themselves as an elite NBA franchise and have maintained a consistent level of on-court excellence, defining our legacy as a championship organization. The fact that we have done all of this before celebrating our 30th Anniversary points out that we are the youngest NBA franchise to achieve this type of success and one of only 18 NBA franchises to win an NBA championship in the league’s 68-year history. And while those accomplishments speak for themselves, I’m here to tell you something else: we are not done; not even close.

Pat Riley is fond of saying that the only thing you can count on in life is change and those that embrace change are best prepared to emerge successfully. So while the names on the back of the jersey may change from time to time, the constant presence of the name “Miami” or “HEAT” on the front guarantees that our goal remains the same: to put a competitive team on the floor capable of competing for the ultimate prize. As a Miami HEAT fan, this is what you have come to expect from us. We are laser-focused on the present and the task at hand of defending our Eastern Conference championship with the East being described as “wide open,” while also positioning ourselves for maximum flexibility and maneuverability in the future.