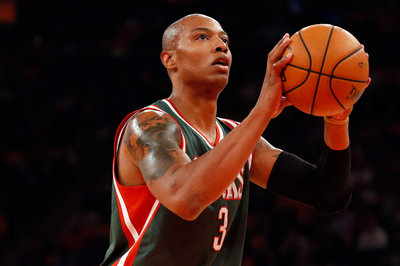 The back-to-back defending champion Miami Heat are expected to ink veteran forward Caron Butler once he breaks ties with the Milwaukee Bucks. Butler will reportedly agree to re-sign with Miami prior to clearing waivers. Per ESPN:

The two-time defending champion Miami Heat, sources said, will be at the front of the line to sign Butler, who spent his first two seasons in the league with the Heat and is expected to verbally commit to a team before clearing waivers.

There was a growing sense in NBA front-office circles Tuesday night that Butler is likely to land with Miami, which would potentially leave the San Antonio Spurs and Los Angeles Clippers to battle over former Indiana swingman Danny Granger if Granger goes through with a buyout in Philadelphia.