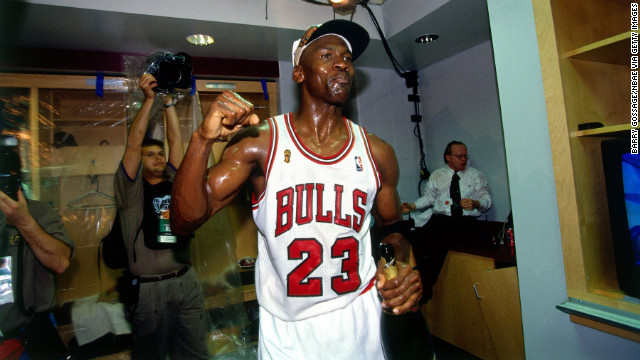 You can now get your hands on the highest single-season contract in NBA history. The Chicago Bulls paid Michael Jordan $33 million for the 1997-’98 campaign — MJ’s last with the team, culminating in the franchise’s sixth championship. An original copy of the deal is now up for auction. Per ESPN:

The original estimate for the contract’s value by the company auctioning it, Dallas-based Heritage Auctions, was $30,000, but with a week remaining until the bidding closes next Thursday night, bidding has already topped $28,000.

“It’s hard to compare this to anything we’ve sold,” said Chris Ivy, the company’s director of sports auctions. “It’s Jordan, who is in a class by himself, and, to our knowledge, this is the only Jordan playing contract to ever surface.”

Even still, the contract was once obtained for a bargain. Ivy said the consignor, who prefers to remain anonymous, bought the contract as part of a charity auction in 2000 for less than $1,000.