Mike D’Antoni is Reportedly the Frontrunner for Rockets’ Coaching Job 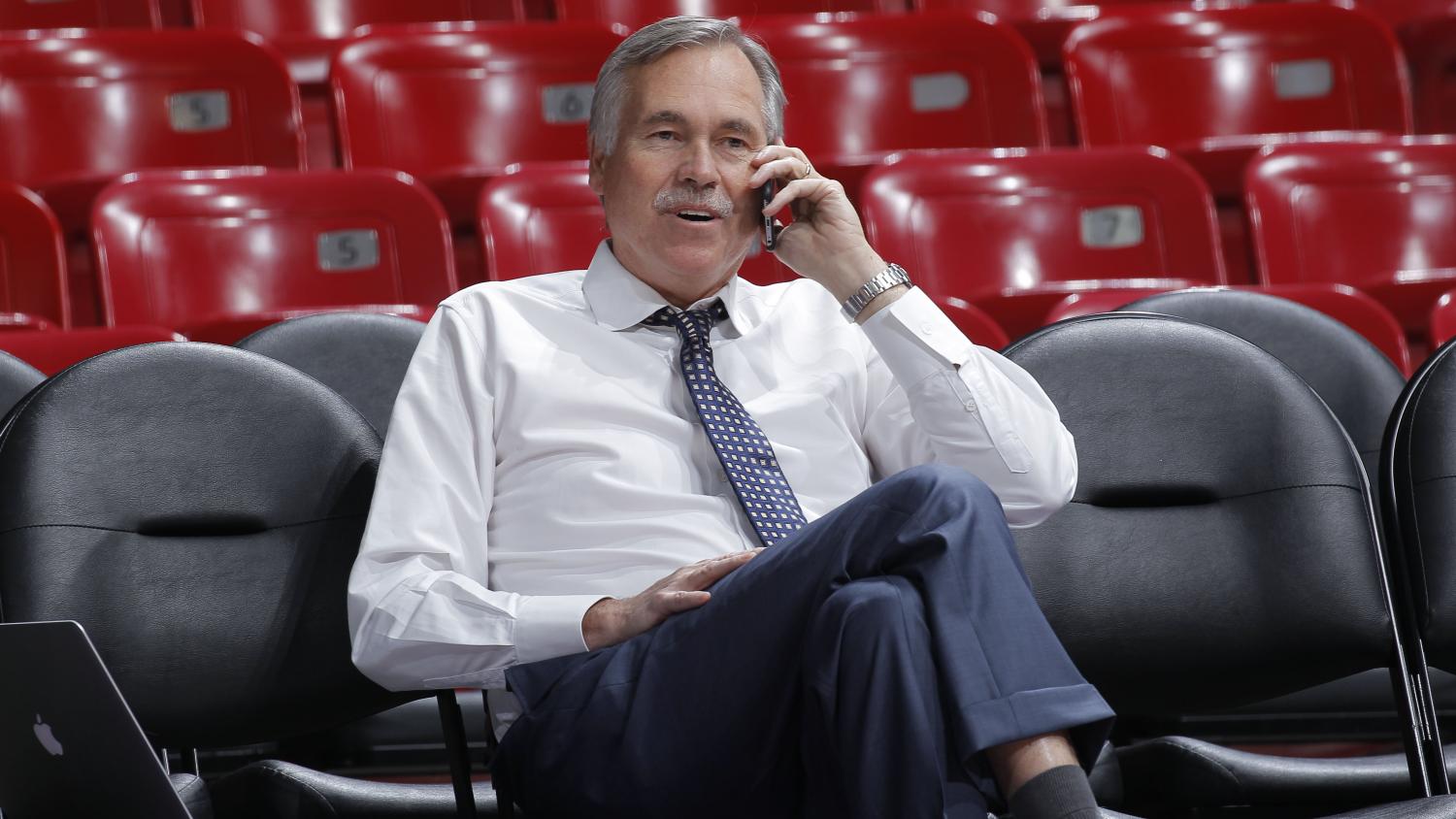 The Houston Rockets are narrowing their search for a new head coach, and Mike D’Antoni has reportedly emerged as the frontrunner for the gig.

Jeff Van Gundy and Kenny Smith appear to be out of the running.

Mike D'Antoni has landed a second interview with the Houston Rockets for their coaching vacancy, according to league coaching sources.

Sources: Jeff Van Gundy is no longer a candidate for the Rockets job. Though JVG had interest in reunion, two sides never sat down to talk.

D’Antoni, who has coached the Phoenix Suns, New York Knicks and Los Angeles Lakers, has reportedly secured a second interview with Rockets management.

The Rockets view D’Antoni, the 76ers associate head coach, as one of the preeminent experts in the style of fast-paced, spread offense they prefer, but will consider the staff he will assemble as a major consideration. […] The Rockets will look to add a coach that would run their defense, a major consideration to eventually choose D’Antoni.

Grizzlies assistant Jeff Bzdelik is among the coaches the Rockets would consider for that, but they have not interviewed Bzdelik or yet received permission from the Grizzlies to meet with him, a person with knowledge of the process said. Bzdelik will be considered for the Grizzlies head coaching position, according to the individual familiar with the process. […] The Rockets had also looked at Pacers coach Nate McMillan for that role before he was named to succeed Frank Vogel in Indianapolis.

Rockets general manager Daryl Morey spent time with D’Antoni at the 2015 Sloan Conference in Boston, getting to know him for the first time, though then not with any idea that he would have a job open. D’Antoni also fits Rockets owner Leslie Alexander’s long-preferred style of offense.