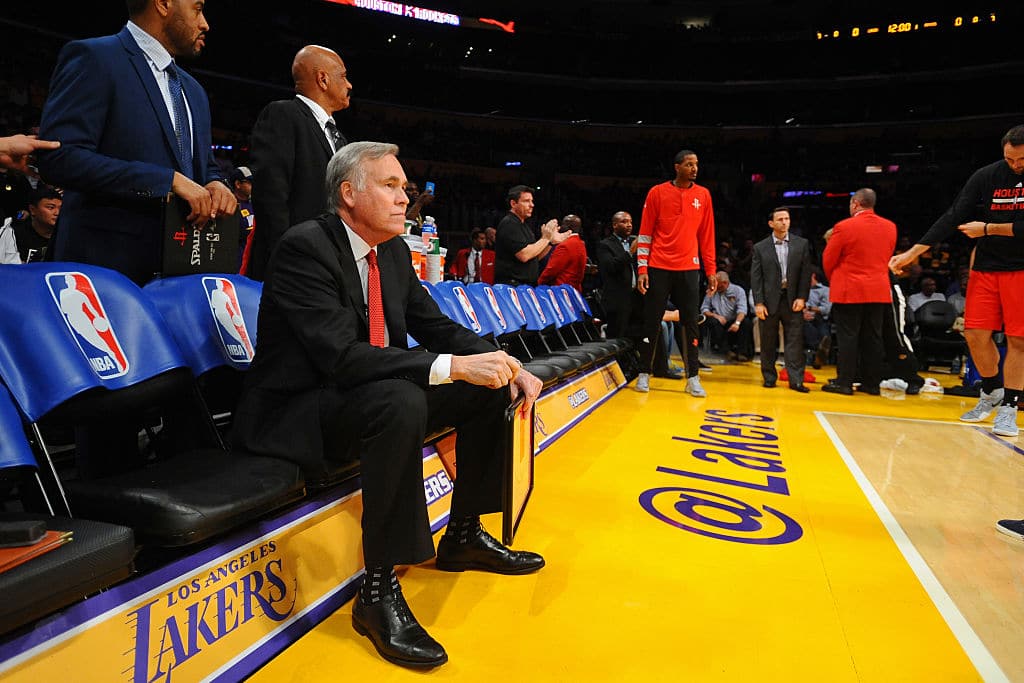 In a sly reference to Magic’s tweet from April, 2014, Mike D’Antoni‘s wife gloated after the Houston Rockets handed the Lakers a 118-95 beatdown Sunday night at Staples Center.

The Rockets have won seven in a row, while the Lakers are in search of their first winning season since hiring D’Antoni back in 2012-13.

D’Antoni, the wife of Rockets coach Mike D’Antoni, was asked about being back in Los Angeles, where Mike D’Antoni had coached the Lakers for two seasons before stepping down after the 2013-14 season.

“Is it classless to say ‘happy days are here again?’” Laurel D’Antoni said.

After the most recent loss, the Rockets 118-95 romp on Sunday, Laurel D’Antoni left town much happier than in 2014, with a reminder of the farewell Mike D’Antoni was given when he left 3½ years earlier.