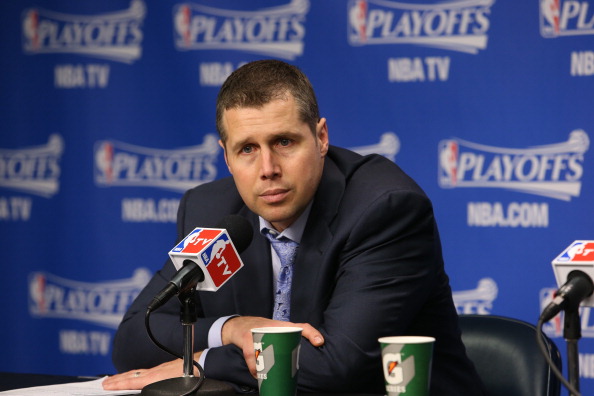 Memphis head coach David Joerger’s future with the Grizzlies is up in the air. With no guarantee that he will be back with the organization next year, he could be looking for greener pastures.

Enter the Minnesota Timberwolves, who have reportedly received permission from the Grizzlies to interview Joerger.

Via The Star Tribune:

The Wolves have been given permission to talk to Memphis coach Dave Joerger and will probably do so by the end of the week, according to a league source.

Joerger grew up in Staples, Minn., and goes way back with Wolves president of basketball operations Flip Saunders.

Joerger’s Grizzlies team won 50 games last season but he’s currently in the middle of a mess in Memphis, where ownership suddenly fired much of its front office earlier this week.

Bottom line, according to the source: Joerger wants out and Grizzlies ownership wants him out, but Joerger doesn’t want to leave the rest of his multi-year contract on the table and the team doesn’t want to pay him off.