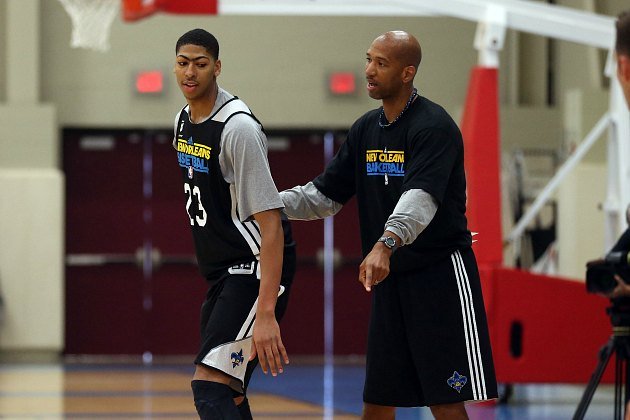 The edict is clear from New Orleans Pelicans head coach Monty Williams: Anthony Davis needs to shoot, and shoot a lot for them to win.

Following a 99-89 Tuesday night loss to the visiting Sacramento Kings, Williams told his squad that he wasn’t happy that AD only attempted 12 shots resulting in a season-low 14 points.

Davis, the NBA’s second leading scorer at 25.4 points (and a shade under 18 shots per game), must put up at least 20 attempts per night according to Williams.

“Anthony (Davis) cannot be in a game and not touch the ball,” Williams said after his meeting with players. “We have to have an effort to get him at least 20 shots every night. And that’s on me too. As much as I draw up plays for him, run the offense through him, the guys on the floor has to know it. When they don’t do it, I’ve got to make sure they get him the ball. Because he’s not a selfish player, he’s going to make the right plays. And our guys know that.”

In his best game of the season, he took 23 shots against the Utah Jazz last Saturday to score a career-high 43 points.

“Usually our losses are based on low assists games,” Williams said. “We lose chances to win games because we don’t pass the ball the way we should. We start playing one-on-one basketball and that was something we talked about today. […] They just have these blips on the screen where we just kind of go on our own way. And that’s part of coaching and that’s what we did today, we talked about a lot of that stuff.”